Police: 2 Men In Custody After Deadly Shooting In Monroe

Police say two suspects have been taken into custody in connection to a deadly shooting in Monroe.

Detectives say Leon Allen Jr.and Deandre Leach were transported to the Union County Jail Wednesday and charged for their alleged involvement in the shooting death of Darius Threat.

Leon Allen Jr. has been charged with 1st Degree Murder in this case.

Deandre Leach with Accessory After the Fact, according to the Union County Sheriff’s Office. 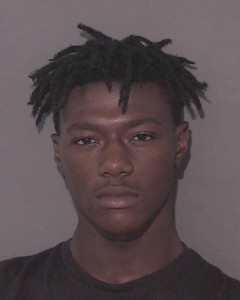 MONROE, N.C. — Monroe Police are searching for two “armed and dangerous” suspects wanted in connection to a deadly shooting.

On Wednesday around 1 p.m., officers responded to a shots fired call on East Green Street in Monroe, N.C.

At the scene, police located Darius Threat with a fatal gunshot wound.

During the investigation, detectives determined Leon Allen Jr. and Deandre Leach were both involved in the shooting.

Police say warrants are being obtained for Allen for 1st Degree Murder, and for Leah, Accessory After the Fact.

Detectives say both men are considered armed and dangerous and citizens should use extreme caution if they should come in contact with them.