Detectives have charged a 15-year-old and an 18-year-old for their involvement in a fatal west Charlotte shooting on Saturday.

Both the 15-year-old juvenile and Brenice Gibson, 18, were charged for the murder of Andy Hernandez, according to a news release. 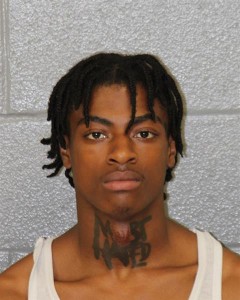 Police say both suspects were additionally charged with attempted robbery and conspiracy to commit robbery.

CHARLOTTE, N.C. — CMPD detectives have opened a homicide investigation after finding a 17-year-old dead inside his car from an apparent gunshot wound on Saturday.

Officers responded to a shots fired call on Leake Street shortly after 12 p.m.

At the scene, officers found a man, identified as Andy Hernandez, in a vehicle suffering from a gunshot wound.

Police say the vehicle had crashed into a tree.

Medic arrived on scene and pronounced the Hernandez dead.

The public can also leave information anonymously by contacting Crime Stoppers at 704-334-1600 http://charlottecrimestoppers.com/.