CHARLOTTE, N.C. – The former wife of President Donald Trump has died, members of the family announced on Thursday in a statement.

Donald Trump confirmed the passing of his former wife on Truth Social, a social media platform announced in 2021. 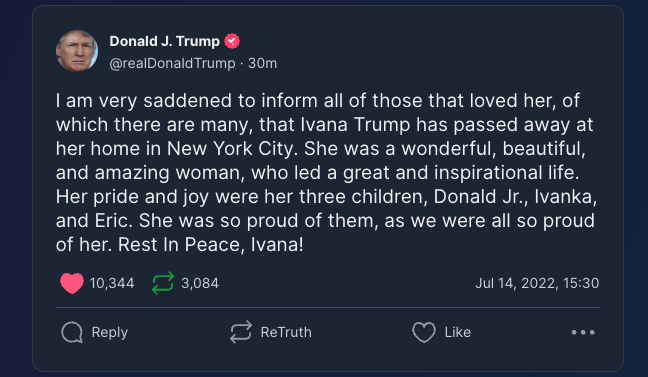 Trump and his late ex-wife were married from 1977 until their divorce in 1992.

No additional details. Check back for updates.