Police have arrested one suspect and another arrest is pending for a second suspect currently in the hospital for their involvement in an altercation turned stabbing in Plaza Midwood on Thursday.

Police say 39-year-old German Urrutia is charged with Assault with a Deadly Weapon in this case. 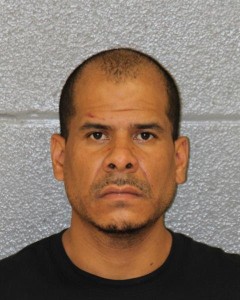 Another arrest is pending upon the second suspect’s release from the hospital, according to a news release.

CHARLOTTE — Several people stood by and watched in disbelief as police swarmed a parking lot in Plaza Midwood Thursday afternoon on Thomas Avenue near Central.  A restaurant owner told WCCB News he called 911 when he noticed an altercation between several people, including a man in a white car.  CMPD says two people were stabbed.

Jeff Cravotta was out grabbing lunch when he noticed the commotion.

“I got on my bike to go get lunch and I saw a bunch of police cars and then I saw an officer putting up crime scene tape.  While I was eating my lunch, I looked at the car, a white car with blood all over it, and I was like, oh my gosh, I live around the corner, so this is a little rattling,” says Cravotta.

Witnesses tell WCCB News an argument broke out between several people, and a guy in a car.  They say the guy in the car pulled out a knife, and another person did too.

Medic transported one person with life threatening injuries.  CMPD detectives spent hours investigating the scene.  No word yet if anyone was arrested.

CHARLOTTE, N.C. — One person was taken to the hospital after a stabbing in Charlotte’s Plaza Midwood neighborhood on Thursday, medic says.

The incident occurred around 1 p.m. on Thomas Avenue.