MOSCOW (AP) — A gunman opened fire in a school in central Russia Monday, killing 13 people, including seven children, and wounding 21 others. 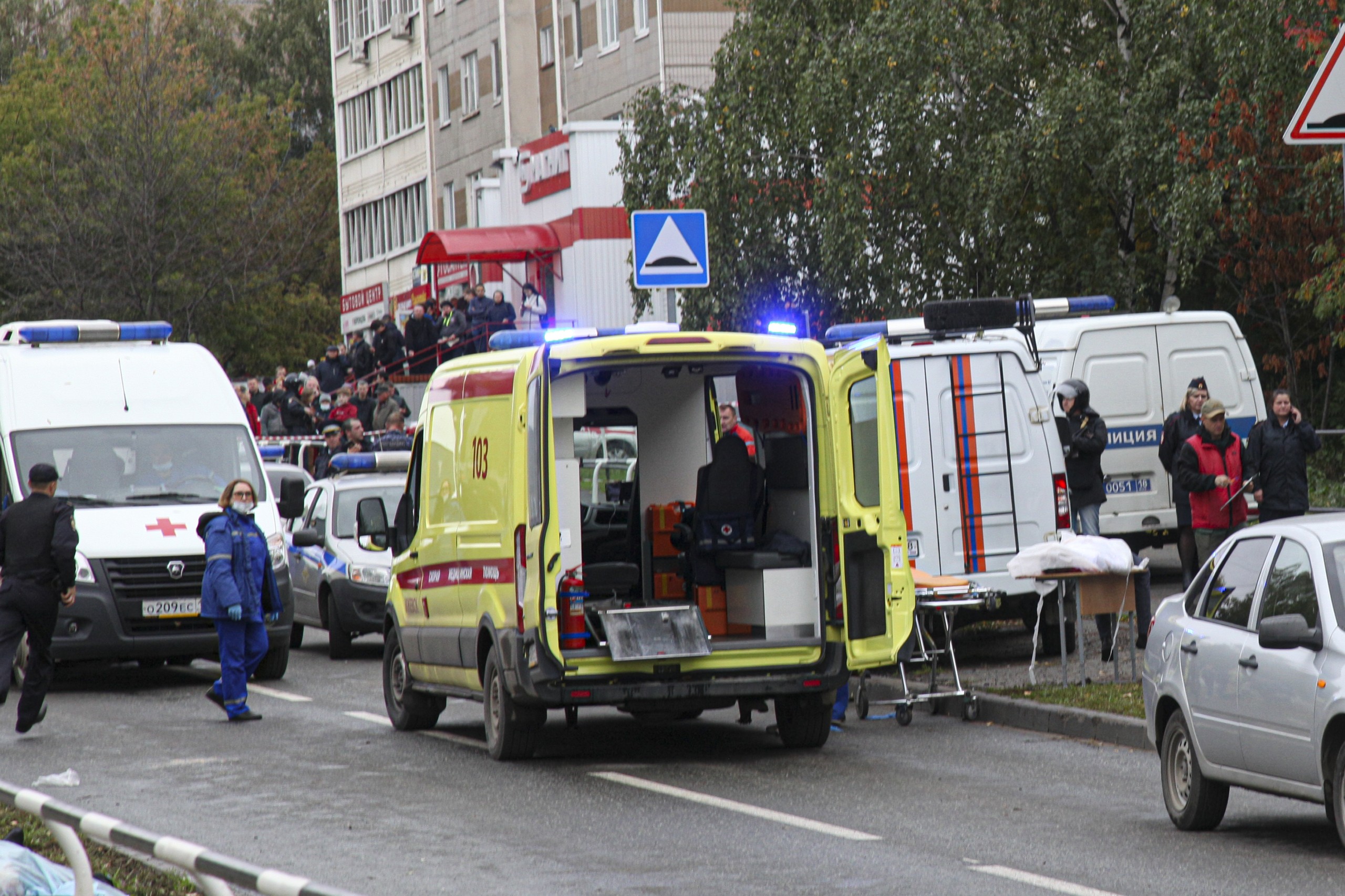 Police and paramedics work at the scene of a shooting at school No. 88 in Izhevsk, Russia, Monday, Sept. 26, 2022. A gunman on Monday morning killed 13 people and wounded 21 others in a school in central Russia, authorities said. Russia’s Investigative Committee said in statement that seven children were among those killed in the shooting in the school in Izhevsk, a city about 960 kilometers (596 miles) east of Moscow in the Udmurtia region. (AP Photo)

Russia’s Investigative Committee said the shooting took place in School No. 88 in Izhevsk, a city about 960 kilometers (600 miles) east of Moscow in the Udmurtia region. It identified the wounded as 14 children and seven adults.

The governor of Udmurtia, Alexander Brechalov, said in a video statement that the gunman shot himself.

Kremlin spokesman Dmitry Peskov described the shooting as “a terrorist act” and said that President Vladimir Putin has given all the necessary orders to the relevant authorities.

The school educates children between grades 1 and 11. It has been evacuated and the area around it has been cordoned off, the governor said.

The Investigative Committee identified the gunman as 34-year-old Artyom Kazantsev, a graduate of the same school. It said in a statement that Kazantsev wore a black t-shirt bearing “Nazi symbols.” No details about his motives have been released.

A criminal probe into the incident has been launched on charges of multiple murder and illegal possession of firearms.

Izhevsk, a city of 640,000, is located west of the Ural mountains in central Russia.