Someone shot and killed Hammond Friday night at his home on Deaton Hill Drive.

Those close to Hammond cried as balloons were released at midfield.

“He was just overall a good person. And he cared for those kids. And I’m sure they cared for him,” says Hammond’s neighbor.

Police have identified Ralph Hammond, 56, as the man killed in a late-night shooting on September 23rd.

He was a well-known mentor and coach to Mallard Creek High School students.

A prayer vigil and balloon release will be held in his honor on Monday, September 26th at 6:30 p.m. at Mallard Creek High School. 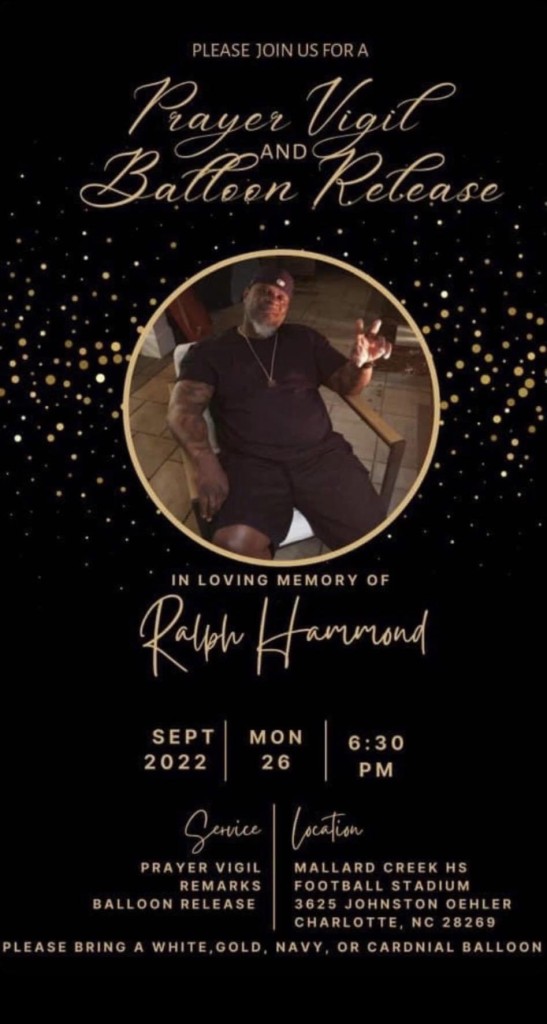 CHARLOTTE, N.C. — Police are investigating a homicide in north-east Charlotte after a man was found shot.

Shortly before 10 p.m. on Friday, police were called to the 12000 block of Deaton Hill Drive.

Police found a man with multiple gunshot wounds who was later pronounced dead by EMS on scene.

This is an active investigation and anyone with information is asked to call 704-432-TIPS to speak with a homicide detective. Information can also be left anonymously by contacting Crime Stoppers at 704-334-1600 or at charlottecrimestoppers.com.