WASHINGTON (AP) — The Supreme Court will hear arguments over a California animal cruelty law that could raise the cost of bacon and other pork products nationwide.
The case’s outcome is important to the nation’s $26-billion-a-year pork industry, but the outcome could also limit states’ ability to pass laws with impact outside their borders, from laws aimed at combating climate change to others intended to regulate prescription drug prices. 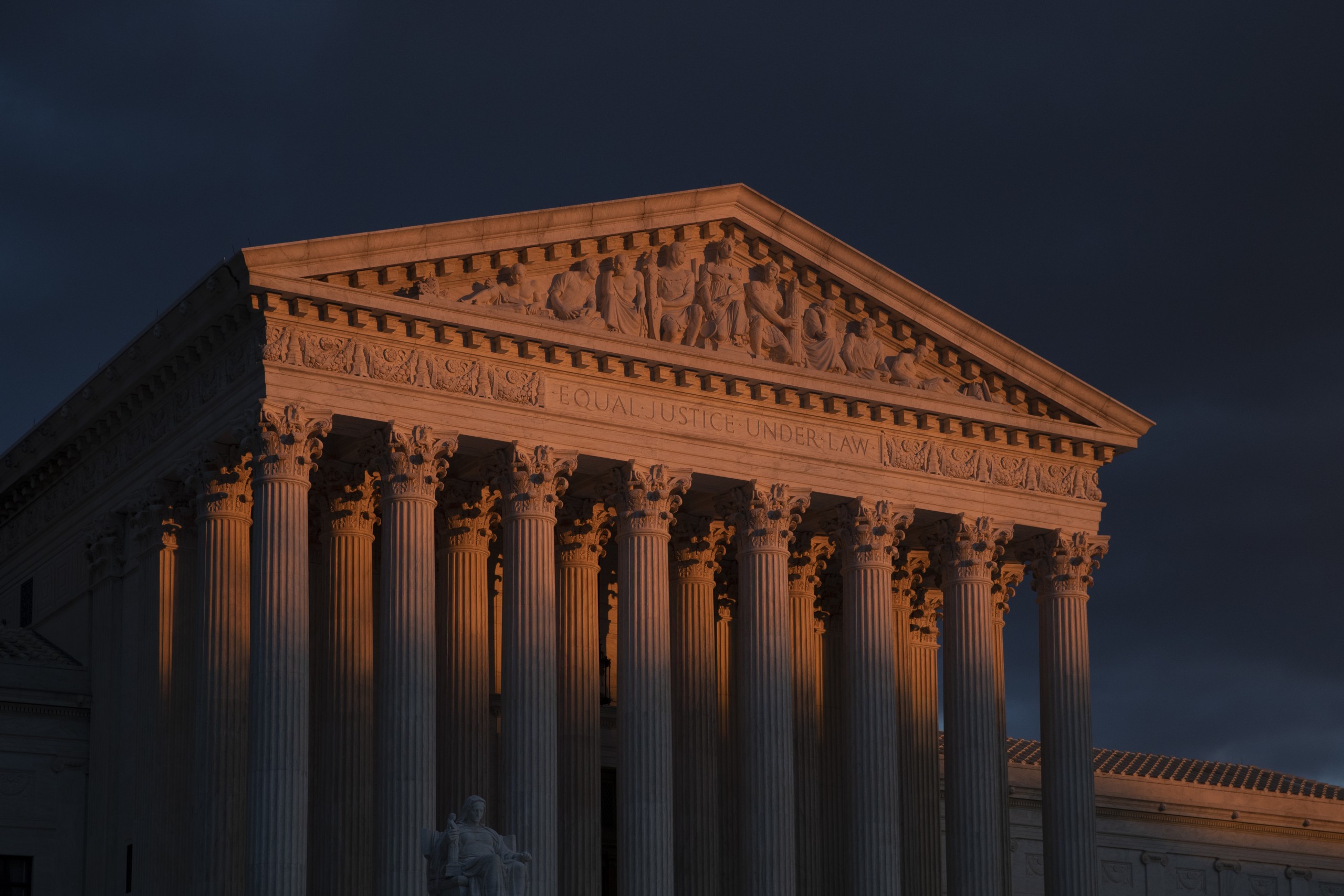 The Supreme Court is seen at sunset in Washington, on Jan. 24, 2019. The Supreme Court will hear arguments on Oct. 11, 2022, over a California animal cruelty law that could raise the cost of bacon and other pork products nationwide. (AP Photo/J. Scott Applewhite, File)

The case before the court on Tuesday involves California’s Proposition 12, which voters passed in 2018. It said that pork sold in the state needs to come from pigs whose mothers were raised with at least 24 square feet of space, including the ability to lie down and turn around. That rules out the confined “gestation crates,” metal enclosures that are common in the pork industry.

Two industry groups, the Iowa-based National Pork Producers Council and the American Farm Bureau Federation, sued over the proposition. They say that while Californians consume 13% of the pork eaten in the United States, nearly 100% of it comes from hogs raised outside the state, primarily where the industry is concentrated in the Midwest and North Carolina. The vast majority of sows, meanwhile, aren’t raised under conditions that would meet Proposition 12’s standards.
The question for the high court is whether California has impermissibly burdened the pork market and improperly regulated an industry outside its borders.

Pork producers argue that 72% of farmers use individual pens for sows that don’t allow them to turn around and that even farmers who house sows in larger group pens don’t provide the space California would require.
They also say that the way the pork market works, with cuts of meat from various producers being combined before sale, it’s likely all pork would have to meet California standards, regardless of where it’s sold. Complying with Proposition 12 could cost the industry $290 million to $350 million, they say.

So far, lower courts have sided with California and animal-welfare groups that had supported the proposition. But for a number of reasons the law has yet to go into effect.
The Biden administration, for its part, is urging the justices to side with pork producers. The administration says Proposition 12 would be a “wholesale change in how pork is raised and marketed in this country.” And it says the proposition has “thrown a giant wrench into the workings of the interstate market in pork.”

California’s Proposition 12 also covers other animals. It says egg-laying hens and calves being raised for veal need to be raised in conditions in which they have enough room to lie down, stand up and turn around freely. Those parts of the law aren’t at issue in the case.
The case is National Pork Producers Council v. Ross, 21-468.