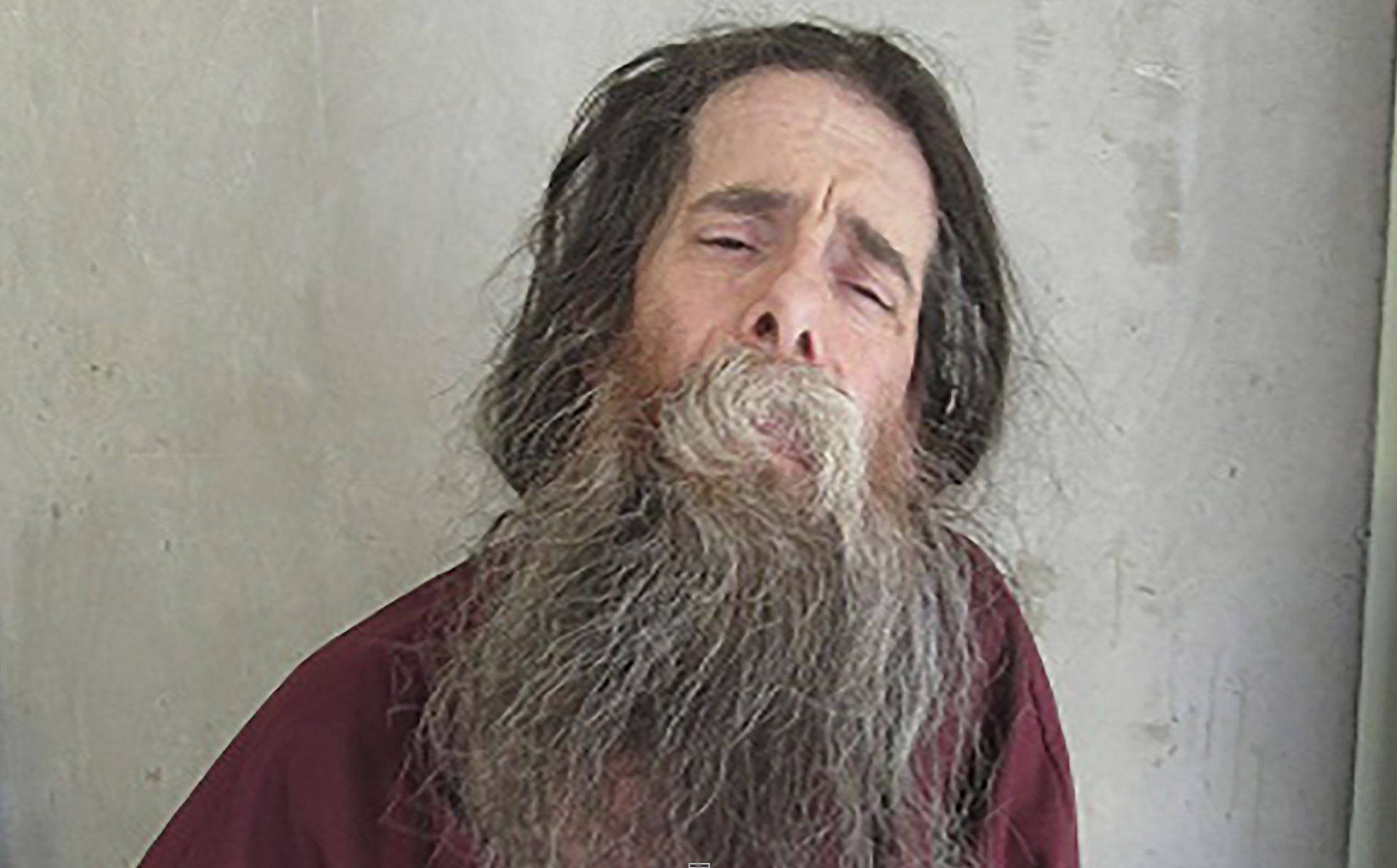 FILE – This undated photo provided by the Oklahoma State Department of Corrections shows Benjamin Robert Cole Sr. Oklahoma executed Cole, Thursday morning, Oct. 20, 2022, despite claims from his attorneys that he had been severely mentally ill. Cole was convicted of killing his infant daughter in 2002. (Oklahoma State Department of Corrections via AP, File)

McALESTER, Okla. (AP) — Oklahoma executed inmate Benjamin Cole on Thursday morning despite claims from his attorneys that he had been severely mentally ill.

Cole was pronounced dead at 10:22 a.m. at Oklahoma’s state penitentiary in McAlester. He was the sixth Oklahoma inmate to be executed since the state resumed carrying them out in October 2021.

Cole delivered a sometimes rambling, two-minute prayer while strapped to the gurney.

“Choose Jesus while you still can,” he said.

The first of the three lethal execution drugs began to flow at 10:06 a.m., and Cole was declared unconscious at 10:12. He could be heard snoring inside the death chamber.

Attorneys for Cole did not dispute that he killed his infant daughter, 9-month-old Brianna Cole, by forcibly bending her backward, breaking her spine and tearing her aorta. But they argued that Cole was severely mentally ill and that he had a growing lesion on his brain that had worsened in recent years.

Cole refused medical attention and ignored his personal hygiene, hoarding food and living in a darkened cell with little to no communication with staff or fellow prisoners, his attorneys told the state’s Pardon and Parole Board last month during a clemency hearing.

“As Ben’s physical health deteriorated along with his mind, he became progressively more detached from reality, refusing to leave his cell, moving little and with difficulty, and rarely speaking to anyone,” Cole’s attorney Tom Hird said in a statement after the execution.

“It is unconscionable that the state denied Ben a competency trial. Ben lacked a rational understanding of why Oklahoma took his life today. As Oklahoma proceeds with its relentless march to execute one mentally ill, traumatized man after another, we should pause to ask whether this is really who we are, and who we want to be.”

The panel voted 4-1 to deny clemency, and a district judge earlier this month determined Cole was competent to be executed. Two last-minute appeals filed with the U.S. Supreme Court seeking to halt his execution were rejected, one on Wednesday and another Thursday morning.

Two members of Brianna Cole’s family, maternal aunt Donna Daniel and uncle Bryan Young, who witnessed the execution, said they were disappointed it took more than 20 years for Cole’s execution to be carried out.

“Twenty years? Give me a break,” Young said. “We should not have to wait 20 years for a 9-month-old baby to get justice.”

Daniel and Young said Cole’s two-minute speech suggests he was more competent than he let on.

“It just proved that he’s been faking all along,” Daniel said.

In a separate case Wednesday, a federal appeals court panel upheld a lower court’s ruling earlier this year deeming Oklahoma’s execution protocol constitutional. Cole was among more than two dozen death row inmates who filed suit, citing, among other things, a series of problems in the death chamber, including a botched execution in 2014.

“Oklahoma’s earlier problems in the execution chamber are not enough to show that future similar problems are imminent,” the opinion from the 10th U.S. Circuit Court of Appeals said.

Cole had a lesion on his brain, which was separate from his diagnosis of paranoid schizophrenia, that had grown in size in recent years and affected the part of his brain that deals with problem solving, movement and social interaction, his attorneys said.

Attorneys for the state and members of the victim’s family told the board that Cole’s symptoms of mental illness were exaggerated and that the brutal nature of his daughter’s killing merited his execution.

Assistant Attorney General Tessa Henry said Cole killed his daughter because he was infuriated that her crying from her crib interrupted his playing of a video game.

“He is not severely mentally ill,” said another prosecutor, Assistant Attorney General Ashley Willis. “There is nothing in the constitution or jurisprudence that prevents his execution.”

Prosecutors noted that the infant had numerous injuries consistent with a history of abuse and that Cole had previously served time in prison in California for abusing another child.

Oklahoma Attorney General John O’Connor said in a statement before the execution that he was confident Cole was sufficiently competent to be executed.

“Although his attorneys claim Cole is mentally ill to the point of catatonia, the fact is that Cole fully cooperated with a mental evaluation in July of this year,” O’Connor said. “The evaluator, who was not hired by Cole or the State, found Cole to be competent to be executed and that ‘Mr. Cole does not currently evidence any substantial, overt signs of mental illness, intellectual impairment, and/or neurocognitive impairment.’”