Arrest Made In Fatal ATM Shooting From July 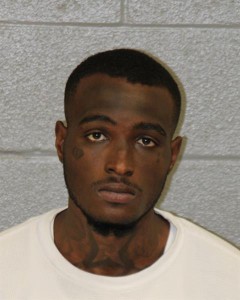 The Charlotte Mecklenburg Police Department says that they have arrested J’wuan Horton, 24, in connection with the July murder of Karen Baker at an ATM.

Horton is charged with First Degree Murder, Robbery with a Dangerous Weapon, and Possession of a Firearm by a Felon.

CMPD detectives have released new photos of the suspect involved in the fatal ATM shooting of Karen Baker off University City Boulevard in northeast Charlotte.

The suspect is seen in the photos wearing all black and holding a handgun. The photos also show him getting into a black four-door sedan with silver rims.

Anyone with information about this murder is asked to call Crime Stoppers at 704-334-1600.

CHARLOTTE, N.C. – Family members are remembering the victim in a deadly ATM shooting as a “beautiful soul.”

We’re learning more about 48-year-old Karen Baker, as police ask for help tracking down her killer.

Police say someone came up to Baker, shooting her around 5:45 Wednesday morning, at an ATM on University City Boulevard, near UNC Charlotte.

Her niece, Cortney Eckhoff, calls Baker an “amazing woman,” telling WCCB Charlotte  “…she inspired so many people and was a beautiful soul, she was the last person I know that deserved this.”

And “…I’m sure she would have given the horrible person that shot her anything she had. Because her heart was pure gold! She was the most incredible person I knew.”

Police have not made any arrests and say they are appealing to the community for help.

“It’s another senseless homicide. Another loss of life in the Charlotte community,” says Major Brian Foley, with Charlotte-Mecklenburg Police.