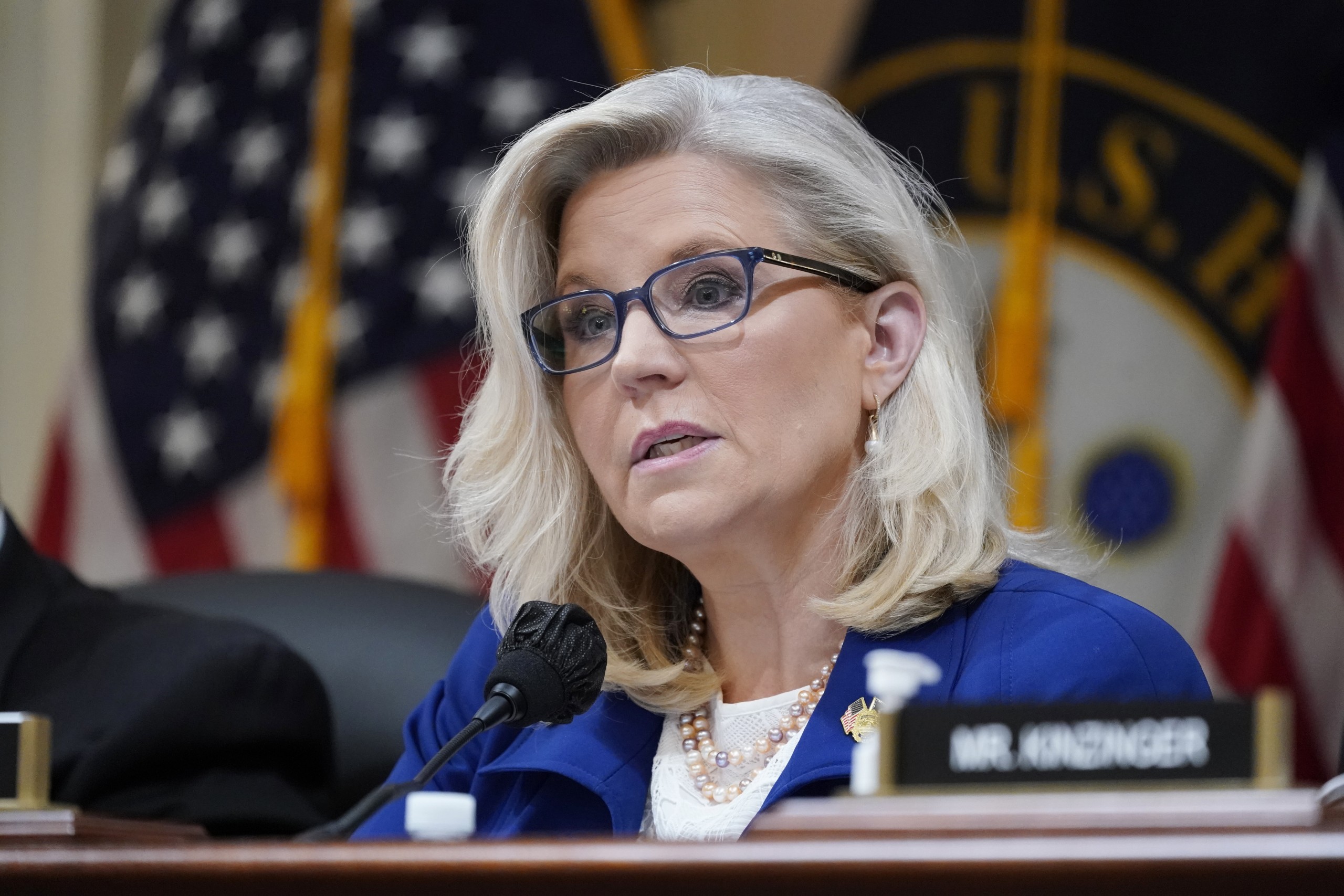 WASHINGTON (AP) — The House committee investigating the Capitol riot won’t give Donald Trump the chance to turn a possible live TV appearance of his subpoenaed testimony into a “circus” and “food fight” as lawmakers try to ensure he complies with their demands, the panel’s vice chair said Sunday.

The committee is demanding Trump’s testimony under oath next month as well as records relevant to its investigation. To avoid a complicated and protracted legal battle, Trump reportedly had told associates he might consider complying with the subpoena if he could answer questions during live testimony.

When asked if the committee would consider taking his testimony live, Rep. Liz Cheney on Sunday did not directly respond. She said the committee would not allow Trump’s testimony to turn into a “food fight” on TV — much as was seen, she said, in Trump’s broadcast appearances such as one of his 2020 presidential debates — and she warned that the committee will take action if he does not comply with the subpoena.

“We are going to proceed in terms of the questioning of the former president under oath,” Cheney, R-Wyo., said on “Meet the Press” on NBC. “It may take multiple days, and it will be done with a level of rigor and discipline and seriousness that it deserves. We are not going to allow — he’s not going to turn this into a circus.”

Her office made clear later that she and the Jan. 6 committee were not ruling out the possibility of live testimony. It did not indicate what form that might take to avoid the “food fight” or “circus” that Cheney said would not happen.

The subpoena, issued Friday, calls on Trump to hand over documents by Nov. 4 and provide testimony “on or about” Nov. 14.

It is unclear how Trump and his legal team will respond. He could comply or negotiate with the committee, announce he will defy the subpoena or ignore it altogether. He could go to court and try to stop it.

The subpoena includes requests for any communications referring to extremist groups who were coming to Washington, pressure on state legislators to overturn the 2020 election vote and messages about Vice President Mike Pence, whom Trump was pushing to object to President Joe Biden’s victory.

House Speaker Nancy Pelosi, D-Calif., said Sunday that she doubted Trump would appear for his deposition and that the public should know “that no one is above the law.”

There remains little legal advantage for Trump to cooperate with the committee at a time when he faces other legal battles in various jurisdictions, including over his family business in New York and the handling of presidential records at his Mar-a-Lago estate in Florida.

It’s possible that Trump’s lawyers could simply opt to run out the clock on the subpoena if they go to court to try to squash it as the committee of two Republicans and seven Democrats is required to finish its work by the end of the year.

Cheney, in the television interview, made her position clear that Trump had committed “multiple criminal offenses” and should be prosecuted. She cited his repeated efforts as outlined by the Jan. 6 committee to undermine democracy by denying his election loss to Biden and by spurring his supporters in the violent attack on the Capitol.

“We’ve been very clear about a number of different criminal offenses that are likely at issue here,” Cheney said. “If the Department of Justice determines that they have the evidence that we believe is there and they make a decision not to prosecute, I think that really calls into question whether or not we’re a nation of laws.”

Cheney, who lost in Wyoming’s August primary after becoming Trump’s fiercest GOP critic and has signaled a possible 2024 presidential run, expressed dismay over the number of Republican candidates in the Nov. 8 midterms who deny the legitimacy of the 2020 election. She acknowledged that the Jan. 6 committee’s investigation will be permanently ended in January if Republicans retake control of the House.

While saying it may take “a couple of election cycles,” Cheney insisted the Republican Party can find its way back as a defender of democracy and the Constitution, as she put it. She pointed to the 2024 presidential campaign as a pivotal moment.

She said Trump has shown “his willingness to use force to attempt to stop the peaceful transition of power. And there are simply many, many millions more Americans who, despite any party affiliation, understand how dangerous that is.”

On whether she could run in 2024, Cheney said: “I’m focused on what we’ve got to do to save the country from this dangerous moment we’re in … not right now on whether I’m going to be a candidate or not.”