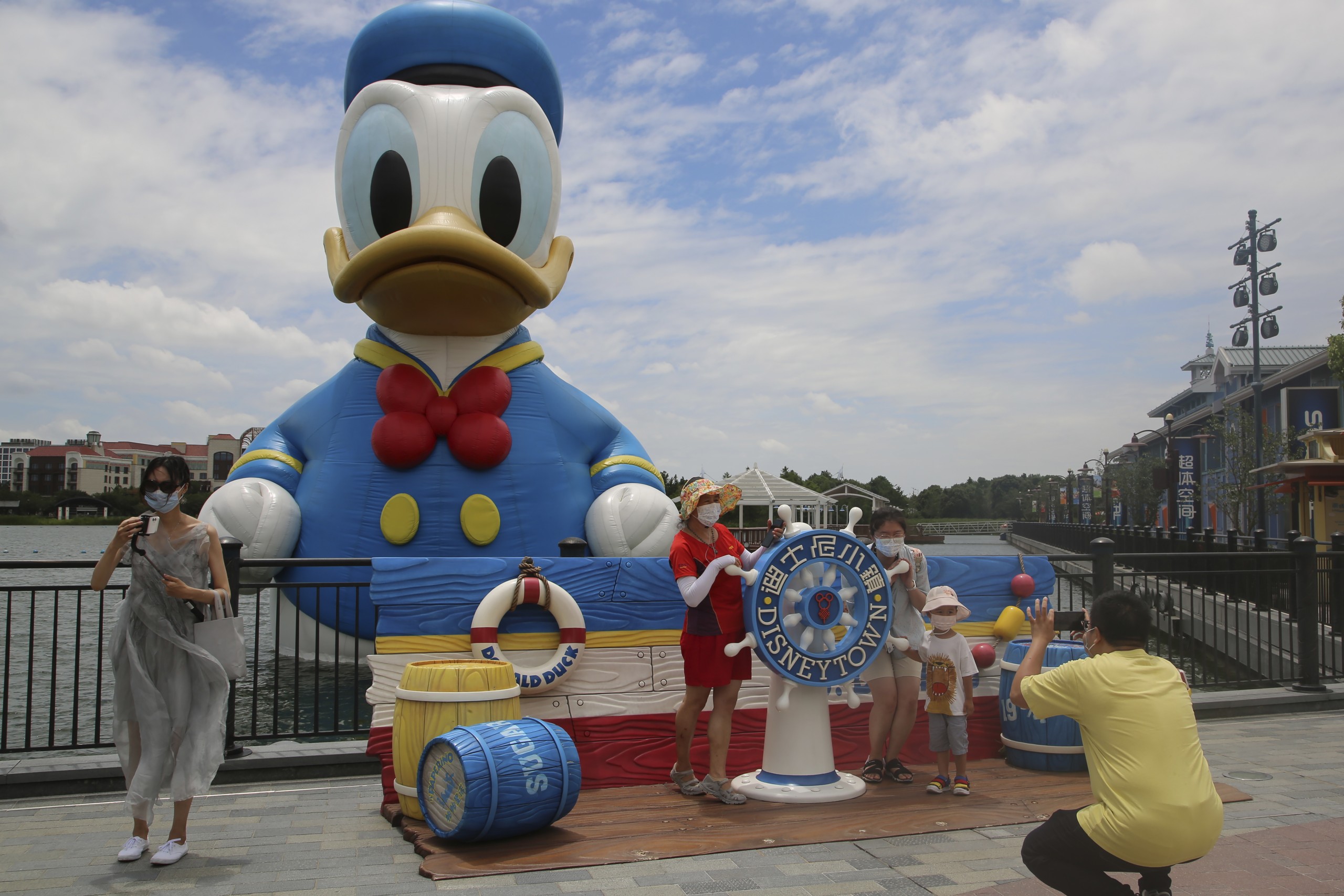 FILE – Visitors pose for photos outside the Disney Resort theme park in Shanghai on June 30, 2022. Shanghai Disneyland was closed and visitors temporarily kept in the park for virus testing, Monday, Oct. 31, 2022, the city government announced, while social media posts said some amusements kept operating for guests who were blocked from leaving. (AP Photo/Chen Si, File)

BEIJING (AP) — Shanghai Disneyland was closed and visitors temporarily kept in the park for virus testing, the city government announced, while social media posts said some amusements kept operating for guests who were blocked from leaving.

The park closed Monday for testing of staff and visitors, Walt Disney Co. and the city government announced. No details of a possible outbreak were released.

“All guests have exited the park” following “expedited COVID testing,” Disney said Tuesday in a statement. It did not say when the park might reopen.

While other countries are easing anti-virus measures, China has stuck to a severe “Zero COVID” strategy that aims to isolate every case. Outbreaks in Shanghai in March led to a shutdown that confined most of its 25 million people to their homes for two months.

On Friday, 1.3 million residents of Shanghai’s downtown Yangpu district were ordered to stay at home while they underwent virus tests.

The city government appealed to anyone who had visited the Shanghai Disney Resort since Thursday to undergo three days of nucleic acid testing and avoid gathering in groups.

A statement by Disney on Monday said parts of the resort closed due to anti-virus regulations but gave no indication visitors were kept inside. It said Shanghai Disneyland, Disneytown and Wishing Star Park were closed while two hotels were operating normally.

Some rides and other amusements kept operating Monday while visitors were tested, according to social media posts.

A video on the popular Sina Weibo platform showed an employee in a mask saying to guests, “please return and take a tour in the park. The park’s gates are all closed temporarily, and you cannot leave now.”

Another video on Sina Weibo showed technicians in white protective suits who appeared to be taking throat swabs from guests after dark while police watched and a fireworks display lit up the sky behind them.

In the central city of Zhengzhou, thousands of employees who assemble Apple Inc.’s new iPhone 14 walked away from a factory operated by Taiwan’s Foxconn following outbreaks and complaints about unsafe working conditions.

Foxconn said it has implemented “closed loop management,” the official term for employees living at their workplace and having no outside contact.