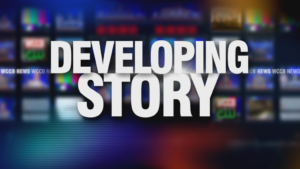 SPRING VALLEY, Wis. (AP) — A nurse in Wisconsin has been charged with elder abuse, accused of amputating a hospice patient’s frostbitten foot without his consent and without doctor’s orders.

After she cut off the man’s right foot last spring, Mary K. Brown, 38, of Durand, told her colleagues that she wanted to display it at her family’s taxidermy shop with a sign that said: “Wear your boots kids,” according to charges filed last week in Pierce County.

The amputation happened May 27, and within about a week the 62-year-old man was dead. The complaint gives no indication the amputation hastened his death, the Milwaukee Journal Sentinel reported.

The Associated Press was unable to reach Brown for comment Thursday. Online court records do not list an attorney for her, and a phone call to her home rang several times and was not answered.

According to the complaint, the man was admitted to Spring Valley Health and Rehab Center after he fell at his home in March. The heat in his home was not turned on, and he suffered frostbite to both feet, leaving the tissue necrotic. His right foot remained attached to his leg by a tendon and roughly 2 inches (5 centimeters) of skin.

While at the Spring Valley center, the man was getting separate care through St. Croix County hospice health workers. Brown worked at the center but was not a hospice nurse.

One nurse who had changed the man’s bandages on the morning of May 27 said he could wiggle his toes, the complaint said. Brown told two other nurses at shift change that she was “going to cut off the victim’s foot for comfort,” but they told her not to. Brown and two certified nursing assistants went into the man’s room to change his bandages, but Brown cut his foot off instead, one of the nursing assistants told an investigator.

Tracy Reitz, the center’s director of nursing, learned of the amputation two days later from a distraught nursing assistant, according to the complaint. Reitz said the nursing assistant told her the man didn’t appear to be in pain during the amputation, but another nurse told an investigator the man said afterward that “he felt everything and it hurt very bad,” according to the complaint.

Brown told an investigator that the man did not ask her to remove his foot, which she described as “mummy feet,” but that there was no life in the foot and she did it to make his quality of life better, the complaint said. She acknowledged that it was outside her scope of practice and that she did not have authorization.

Brown has been licensed as a registered nurse in Wisconsin since July 14, 2020, according to the Wisconsin Department of Safety and Professional Services. Her license is still listed as active. The agency said it has processed a complaint against Brown, and that the Wisconsin Board of Nursing is investigating.

Kevin Larson, the administrator and CEO of Spring Valley Senior Living and Health Care Campus, said Brown does not currently work at the center.