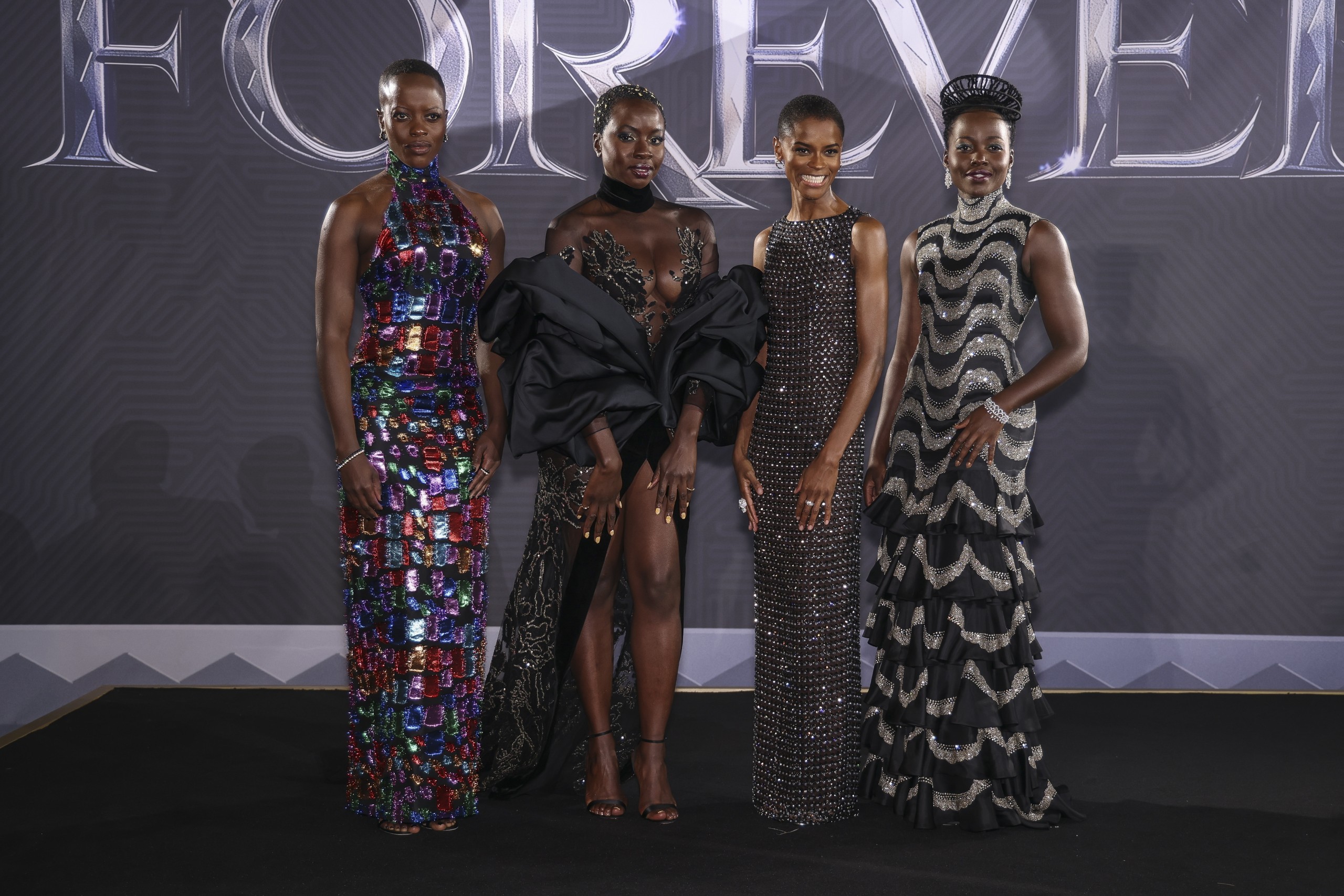 The box office roared back to life with the long-awaited release of “Black Panther: Wakanda Forever.”

The Marvel sequel earned $180 million in ticket sales from more than 4,396 theaters in the U.S. and Canada, according to estimates from The Walt Disney Co. on Sunday, making it the second biggest opening of the year behind “Doctor Strange in the Multiverse of Madness.” Overseas, it brought in an additional $150 million from 50 territories, bringing its worldwide total to $330 million.

“Wakanda Forever” was eagerly anticipated by both audiences and exhibitors, who have weathered a slow spell at the box office since the summer movie season ended and there were fewer bigger budget blockbusters in the pipeline. The film got off to a mighty start a bit stronger than even the first film with an $84 million opening day, including $28 million from Thursday previews.

“Some may have hoped for $200 million like the first film, but this is solid,” said Paul Dergarabedian, Comscore’s senior media analyst. “This is the type of movie that theaters really need to drive audiences.”

The first film opened to $202 million in February 2018 and went on to gross over $1.4 billion worldwide, making it one of the highest grossing films of all time and a cultural phenomenon. A sequel was inevitable, and development began soon after with director Ryan Coogler returning, but everything changed after Chadwick Boseman’s unexpected death in August 2020. “Wakanda Forever” became, instead, about the death of Boseman’s King T’Challa/Black Panther, and the grieving kingdom he left behind. Returning actors include Angela Bassett, Lupita Nyong’o, Letitia Wright, Winston Duke and Danai Gurira, who face off against a new foe in Tenoch Huerta’s Namor. The film would face more complications too, including Wright getting injured and some COVID-19 related setbacks. All told, it cost a reported $250 million to make, not accounting for marketing and promotion.

AP Film Writer Jake Coyle wrote in his review that, “‘Wakanda Forever’ is overlong, a little unwieldy and somewhat mystifyingly steers toward a climax on a barge in the middle of the Atlantic. But Coogler’s fluid command of mixing intimacy with spectacle remains gripping.”

It currently holds an 84% on Rotten Tomatoes and, as is often the case with comic book films, the audience scores are even higher.

Superhero films have fared well during the pandemic, but none yet have reached the heights of “Spider-Man: No Way Home,” which opened to $260.1 million in Dec. 2021. Other big launches include “Doctor Strange in the Multiverse of Madness” ($187.4 million in May), “Thor: Love and Thunder” ($144.2 million in July) and “The Batman” ($134 million in March).

“Wakanda Forever” is first film to open over $100 million since “Thor” in July, which has been difficult for exhibitors that are already dealing with a calender that has about 30% fewer wide releases than in a normal year.

Holdovers populated the rest of the top five, as no film dared launch nationwide against a Marvel behemoth. Second place went to the DC superhero “Black Adam,” with $8.6 million, bringing its domestic total to $151.1 million. “Ticket to Paradise” landed in third, in weekend four, with $6.1 million. The Julia Roberts and George Clooney romantic comedy has made nearly $150 million worldwide. “Lyle, Lyle, Crocodile” and “Smile” rounded out the top five with $3.2 million and $2.3 million, respectively.

Some awards hopefuls have struggled in their expansions lately, but Searchlight Pictures’ “The Banshees of Inisherin,” with Colin Farrell and Brendan Gleeson, looks like an exception. The Martin McDonagh film expanded to 960 theaters in its fourth weekend and got seventh place on the charts with $1.7 million, bringing its total to $5.8 million.

“It’s been a very interesting post-summer period for movie theaters, with some gems out there doing well like ‘Ticket to Paradise’ and ‘Smile,’” Dergarabedian said. “But movie theaters can’t survive on non-blockbuster style films. The industry needs more of these.”

After “Black Panther,” the next blockbuster on the schedule is “Avatar: The Way of Water,” arriving Dec. 16.

The weekend wasn’t completely without any other high-profile releases. Steven Spielberg’s autobiographical drama “ The Fabelmans ” opened in four theaters in New York and Los Angeles with $160,000. Universal and Amblin will roll the film out to more theaters in the coming weeks to build excitement around the likely Oscar-contender. Michelle Williams and Paul Dano play parents to the Spielberg stand-in Sammy Fabelman, who is falling in love with movies and filmmaking as his parents’ marriage crumbles.

“This will be an interesting holiday season,” Dergarabedian said. “I think a lot of the dramas and independent films will have their time to shine over the next couple months.”

Estimated ticket sales for Friday through Sunday at U.S. and Canadian theaters, according to Comscore. Final domestic figures will be released Monday.