CHARLOTTE, N.C. — A church youth leader from Charlotte is facing nine counts of indecent liberties with a child and once count of sexual battery.

Charlotte-Mecklenburg Police arrested Benjamin Damron on Friday.  Police say the victims include three teenage boys.  CMPD says Damron met the boys through his role as a volunteer church youth leader and coach. Police say Damron used his position to take advantage of the victims and sexually assault them. 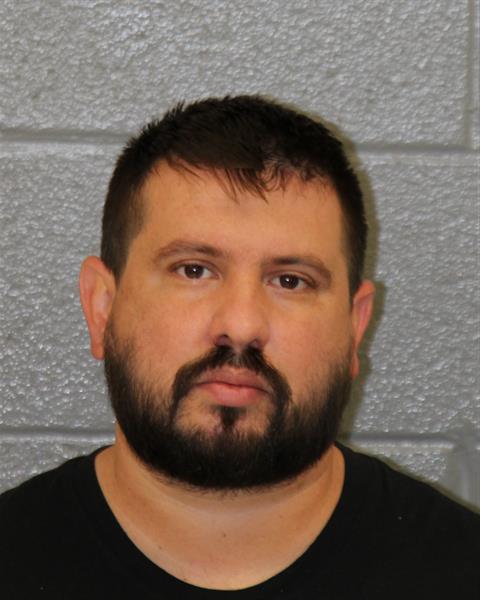 Investigators say Damron has been a youth leader or coach for at least four local organizations including: Elevation Church, Mercy Church, Southbrook Church and Soccer Shots.  All of the listed organizations have been notified and are cooperating in our investigation. The incidents involved in this investigation not only occurred in Charlotte, but also at locations in Matthews and in Union County.  CMPD detectives have in contact with detectives from both Matthews PD and the Union County Sheriff’s Office.

“We were made aware of the disturbing allegations made against a former part-time Soccer Shots coach.  We are not aware of any allegations of inappropriate conduct or behavior impacting any current or former Soccer Shots participants.  The safety of all our Soccer Shots participants is paramount and therefor, all coaches are required to complete background checks and clearances in accordance with North Carolina laws.  Those clearances for the coach in question were completed prior to coaching with us and raised no adverse findings, clearing him for employment.  We understand the weight and the fear that this information can cause for parents.  We are extremely saddened for the children and families affected.”

“We were made aware through the November 18th evening news of the allegations involving Mercy Church in regard to the investigation of Benjamin Damron. We grieve for those who were victims in this situation and are praying for all of those affected. We have been and remain in contact with the authorities and will continue to support them in their investigation efforts.  We would like to clarify that Mr. Damron has never been involved in leadership or served in any capacity with MercyKids, Mercy Students, or any other ministry at Mercy Church and was never a member of Mercy Church. We have no record of Mr. Damron being engaged at Mercy Church since our church opened in 2015.
The safety of the children in our care is of utmost importance to us. We take all matters regarding our security policies seriously. We strongly encourage anyone with information about this situation to contact the investigating authorities.”

“We are aware of the allegations involving Benjamin Damron and are praying for all those affected by this distressing situation.  We are in contact with the investigating authorities and will support their efforts in any way we can.  We would like to clarify that Mr. Damron attended Southbrook Church over the past couple years occasionally, but not consistently. He was never a member of Southbrook Church and never served as a volunteer in any capacity at Southbrook Church, including that of “youth leader”. We strongly encourage anyone with information about this situation to contact the investigating authorities.”