RALEIGH, N.C. (AP) — North Carolina’s Supreme Court ruled Friday that the local chapter of United Daughters of the Confederacy lacks standing to challenge the city of Winston-Salem’s removal of a Confederate monument on private property, but it can refile a future lawsuit making similar arguments.

The high court partially affirmed a non-unanimous 2020 appeals court ruling that had dismissed the chapter’s attempt to return a statue of a Confederate soldier to the grounds of the former Forsyth County Courthouse in downtown Winston-Salem. But the justices opted Friday to remand the case to the Forsyth County Superior Court for further proceedings in line with the court’s opinion. 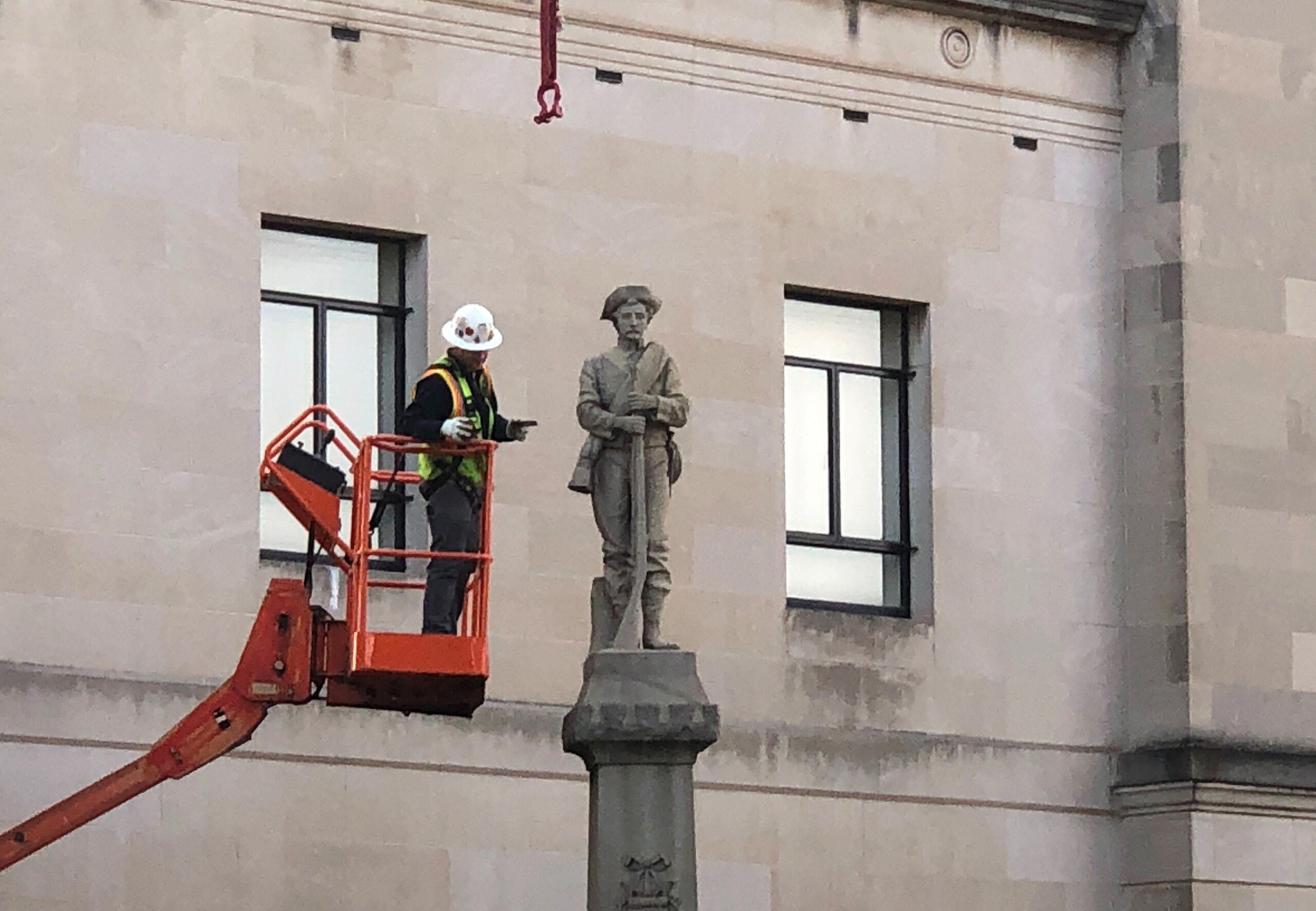 FILE – A workman prepares a Confederate statue for removal on Tuesday, March 12, 2019, in Winston-Salem, N.C. On Friday, Dec. 16, 2022, North Carolina’s Supreme Court ruled that the local chapter of United Daughters of the Confederacy lacks standing to challenge the city of Winston-Salem’s removal of the Confederate monument on private property, but it can refile a future lawsuit making similar arguments. (AP Photo/Tom Foreman Jr., File)

“We are not persuaded by any of plaintiff’s arguments,” Associate Justice Sam Ervin IV wrote in the prevailing opinion. “As an initial matter, plaintiff has completely failed to explain how the City’s actions ‘denied plaintiff due process of law.’”

While United Daughters of the Confederacy claimed it was involved in erecting the monument, the Supreme Court concurred that it did not have ownership and thus could not claim legal interest in the matter. Without asserting ownership over a piece of property, Ervin wrote, they cannot claim the property was the subject of an unlawful seizure or deprivation.

However, the court determined Friday that because the chapter provided insufficient evidence to establish stake in the statue’s removal, the trial court should not have ruled in such a way that would prevent the chapter from filing future lawsuits in this matter.

While the court was unanimous in dismissing the lawsuit without prejudice, Chief Justice Paul Newby wrote a separate opinion — joined by the other two Republican justices — that limited the reasons to the “bare allegations” made by the United Daughters of the Confederacy. The court, he said, lacks subject matter jurisdiction over the chapter’s claims.

The seven-member panel said the chapter lacks standing to challenge the city’s discernment that the statue had become a public nuisance. It also said the members’ identities as descendants of Confederate veterans do not “transform an abstract ideological interest in preserving the Confederate legacy” into a valid personal injury claim.

The city has kept the statue in storage since removing it in March 2019 after a series of non-violent protests.