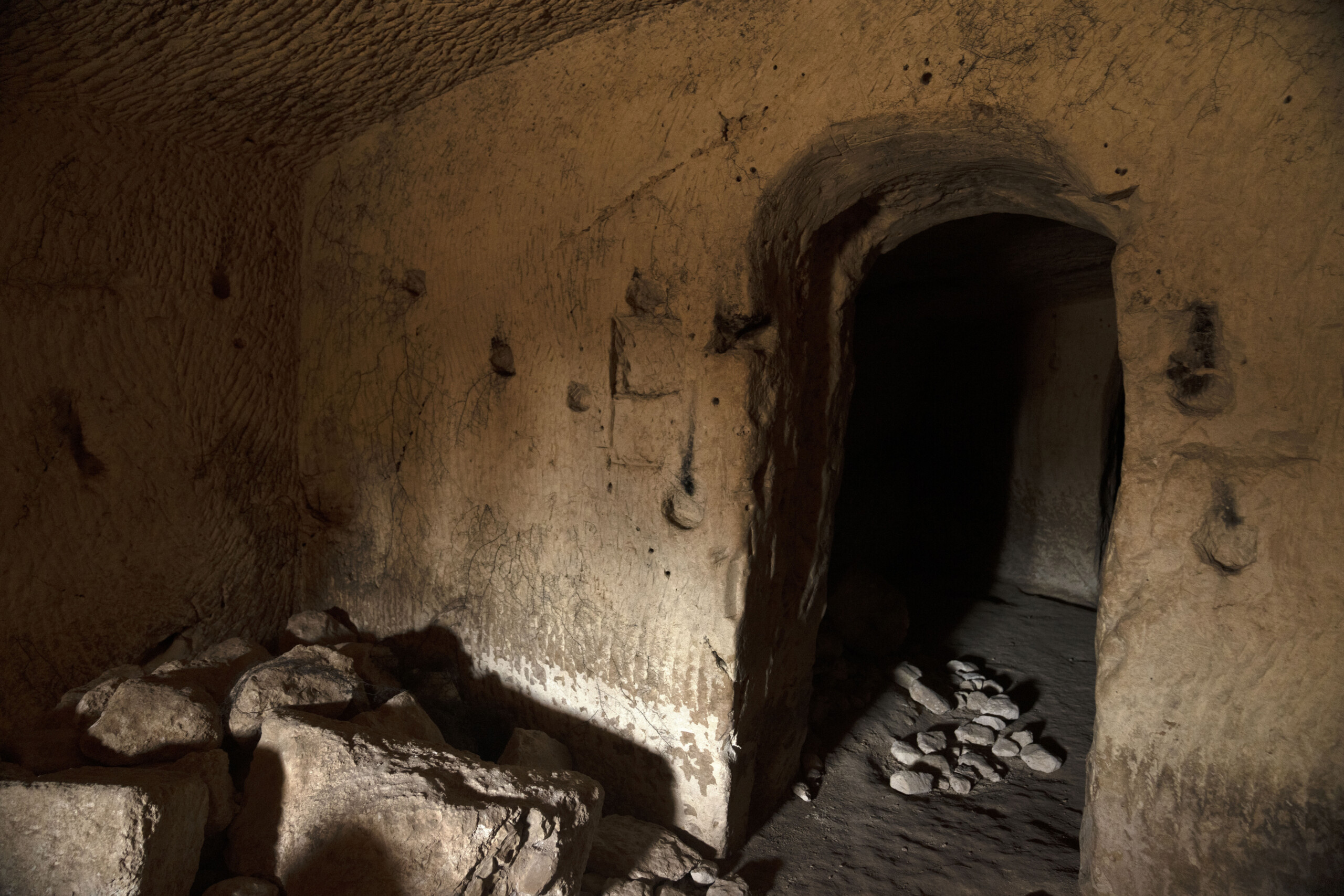 A view shows the interior of a 2000-year-old Second Temple-Period burial cave designated the Salome Cave that was recently uncovered in the Lachish Forest in Israel, Tuesday, Dec. 20, 2022. Archaeologists say that the cave continued to be used in the Byzantine and Early Islamic periods, becoming known as the Salome Cave, due to a popular tradition that identified it as the burial place of Salome, the midwife of Jesus. (AP Photo/ Maya Alleruzzo)

JERUSALEM (AP) — An ancient tomb traditionally associated with Jesus’s midwife is being excavated anew by archaeologists in the hills southwest of Jerusalem, the antiquities authority said Tuesday.

The intricately decorated Jewish burial cave complex dates to around the first century A.D., but it was later associated by local Christians with Salome, the midwife of Jesus in the Gospels. A Byzantine chapel was built at the site, which was a place of pilgrimage and veneration for centuries thereafter.

The cave was first found and excavated decades ago by an Israeli archaeologist. The cave’s large forecourt is now under excavation by archaeologists as part of a heritage trail development project in the region.

Crosses and inscriptions in Greek and Arabic carved in the cave walls during the Byzantine and Islamic periods indicate that the chapel was dedicated to Salome.

Pilgrims would “rent oil lamps, enter into the cave, used to pray, come out in give back the oil lamp,” said Ziv Firer, director of the excavation. “We found tens of them, with beautiful decorations of plants and flowers.”