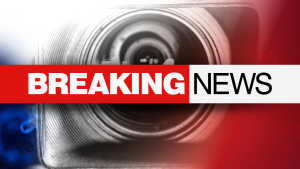 PRESS RELEASE —At approximately 2:15 am on January 1, 2023, the Ranlo Police Department responded to a call for service on Burlington Avenue.
Upon arrival, officers observed that an off-duty Ranlo Police Officer had been involved in a domestic dispute. Officer Kwaku Riley Agyapon had been stabbed multiple times and had discharged his service weapon, killing the stabbing suspect.
Ranlo Police immediately turned the investigation over to Gaston County Police and requested the assistance of State Bureau of Investigations.
Following an investigation the SBI, in consultation with the Gaston County District Attorney’s Office, obtained a warrant for the charge of first-degree murder against Mr. Agyapon.
The Ranlo Chief of Police Jimmy Lunsford and Town Manager Jonathan Blanton have also placed Mr. Agyapon on unpaid administrative leave pending an internal investigation.
Mr. Agyapon is currently under observation at CaroMont Health and upon his discharge from the hospital will be taken to the Gaston County Jail.
The SBI is investigating the matter, and all inquiries should be directed to their office at agrube@ncsbi.gov.