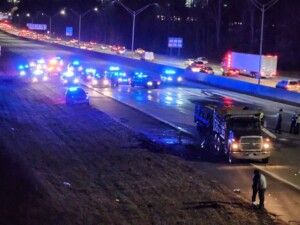 CHARLOTTE — Four people were killed in a crash and fire on I-85 southbound near University City Boulevard (Exit 43) Tuesday afternoon  NCDOT says the road reopened around 10:30pm Tuesday.

The North Carolina Highway Patrol continues to investigate the crash.  The names of the victims have not been released.  The trash involved what appeared to be a dump trunk and a truck carrying a trailer.

Check back with WCCB News for updates.