A Mecklenburg County Judge set bond for a man charged in the brutal murder of Mary Collins.  Thursday, a judge set a $250,000 bond for James Salerno.  The victim’s family pleaded to the court to keep him behind bars.

Three people have been charged in Collins’ murder.  A fourth suspect, America Diehl, faces charges for accessory and concealing a death.

CHARLOTTE, N.C.  – The family of a 20-year-old woman who was brutally murdered back in 2020 is pushing for one of the suspects to remain in jail without bond.

Mary Collins disappeared back in March of 2020.  CMPD found her body in an apartment complex days later.

Three people are charged in her murder.  Another suspect, America Diehl, is charged with accessory after the fact, and concealing a death.  James Salerno is due in court for a bond hearing Thursday.

The Mecklenburg County District Attorney’s Office says a woman has plead guilty to the murder of 20-year-old Mary Collins who went missing back in March of 2020.

Lavery was sentenced to 25 years in prison.

Another suspect allegedly involved in Collins’ murder, Lavi Pham, has pled not guilty in this case.

Authorities say a trial date will be set.

The CMPD has charged 18-year-old America Diehl for her involvement in the death of 20-year-old Mary Collins, whose body was found on April 5th after she was reported missing on March 30th, 2020.

Detectives developed Diehl as a suspect during the investigation.  On May 12th, Diehl turned herself into the Thornton Police Department in Thornton, Colorado.

Pending extradition, Diehl will be transferred to the Mecklenburg County Sheriff’s Office, and will be charged with Felony Accessory After The Fact and Concealing a Death.

The CMPD has charged three people with murder after the body of a missing 20-year-old woman was found in northeast Charlotte on Saturday.

Detectives have charged 19-year-old James Salerno, 21-year-old Lavi Pham, and 24-year-old Kelly Lavery,  with the murder of Mary Collins.  All three were additionally charged with kidnapping.

Police say a tip led them to the discovery of body the believe to be Collins on Rollerton Drive near East 33rd Street.  The CMPD says they are awaiting positive identification from the Medical Examiner’s Office but Collins’ family has been notified.

Mary Collins had been reported missing on March 30th, 2020. 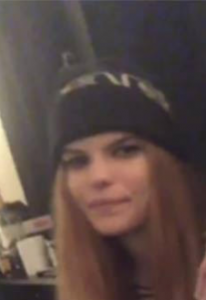 Collins has been diagnosed with a cognitive disability and her family is concerned for her safety.

Collins is described as a white female about 5′ 4″ and 110 pounds. She was last seen wearing a black-and-white striped shirt, black leggings, a black beanie and was carrying a Marilyn Manson purse.

Anyone with information regarding Collins’ whereabouts is asked to immediately call 911.