STATESVILLE, N.C. – On December 30, 2022, the Iredell County Sheriff’s Office received a report regarding an 11-year-old child being inappropriately touched for several months by Paul Lewis Ghiraldi, a registered sex offender. The case was assigned to Detective J. Welborn with the Special Victim’s Unit. 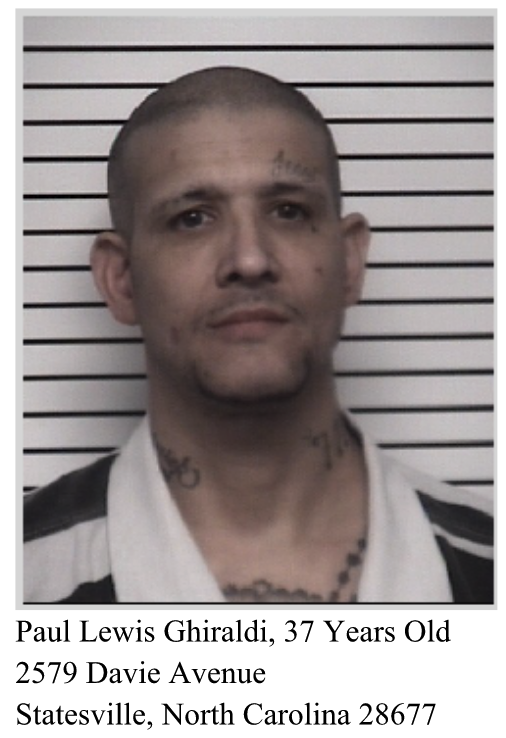 Detective Welborn began an investigation into the allegations. The juvenile was subsequently interviewed at The Dove House Children’s Advocacy Center in Statesville. Based on that interview, statements from witnesses, and additional information gathered throughout the course of the investigation, Ghiraldi was charged with five (5) counts of Felony Indecent Liberties with a Child.

On January 6, 2023, Ghiraldi was arrested and charged by Deputy K. Robbins, with Five (5) Counts of Felony Indecent Liberties with a Child. Ghiraldi was transported to the Iredell County Detention Center, where he was brought before Magistrate S. Watkins and issued no bond.