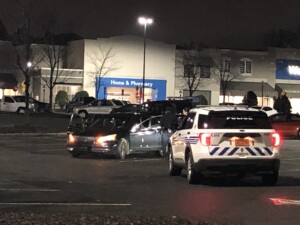 CHARLOTTE, N.C. — Just after 7 p.m. on January 17th, police responded to a shooting near the Walmart on Wilkinson Boulevard.

Medic said they took one person to the hospital with life-threatening injuries. WCCB-TV’s crew on scene says police seem to be focused on a car in the Walmart parking lot.

Police have yet to say what led up to the shooting or if a suspect is in custody.