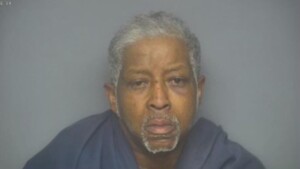 CHESTER, S.C. — Police say they were called Sunday to Steinkuehler Street for a man lying in the street.

This happened just after 8:30 a.m. Police say that they found Corey Bennett deceased.

Later that day, Willie Caldwell III was arrested and charged in connection with Bennett’s death.