MORGANTON, N.C. — Dozens of mini-horses and chickens have been taken into Burke County custody.

“The sheer scope of it is shocking,” said Chairman of Burke County Commissioners, Scott Mulwee.

Volunteers are working around the clock to give the poorly treated animals proper care. They have been receiving that care for nearly a week since the animals were taken from Julie Ann Sherrill. 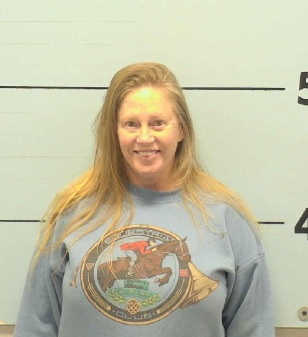 “We’ve been back-and-forth with this property owner. We’ve been working with her for about a year and a year and a half off of complaints that the horses aren’t getting enough food.
Looking skinny, thin,” said Kaitlin Settlemyre, Director of Burke County Animal Services.

Complaints from neighbors for the year and half wasn’t enough evidence to seize the animals. That changed last week when one of Sherrill’s mini-horses was found dead from malnourishment.

Members of the Burke County Animal Services rescued the animals in the following days from two locations. Animal bones were found on one of the properties.

“Our vet came out and he looked at me after he examined this little white one here and said this was going to be the next one to die,” Settlemyre said as she looked at one of the emaciated mini-horses.

Sherrill was arrested Sunday on 23 counts of animal abuse. She posted bail on Monday. She did not answer the door when we attempted to speak to her at her home.

Until her case goes through the court system, these animals will remain in Burke County care. Settlemyre projects that could take about a year. If that’s true, it will cost more than $150,000 to care for the animals in that time.

“As a county, we will fully supply anything anything for the health and welfare of these animals going forward,” explained Mulwee.

To donate to the Animal Services Foundation, click here. You can also send a check to  P.O. Box 52, Morganton, NC 28680 or dropped off at the Burke County Animal Shelter, 425 Kirksey
Drive in Morganton, Tuesdays – Saturdays.

Those that are interested in fostering or adopting are encouraged to complete an “intertest form” posted on the County’s website.