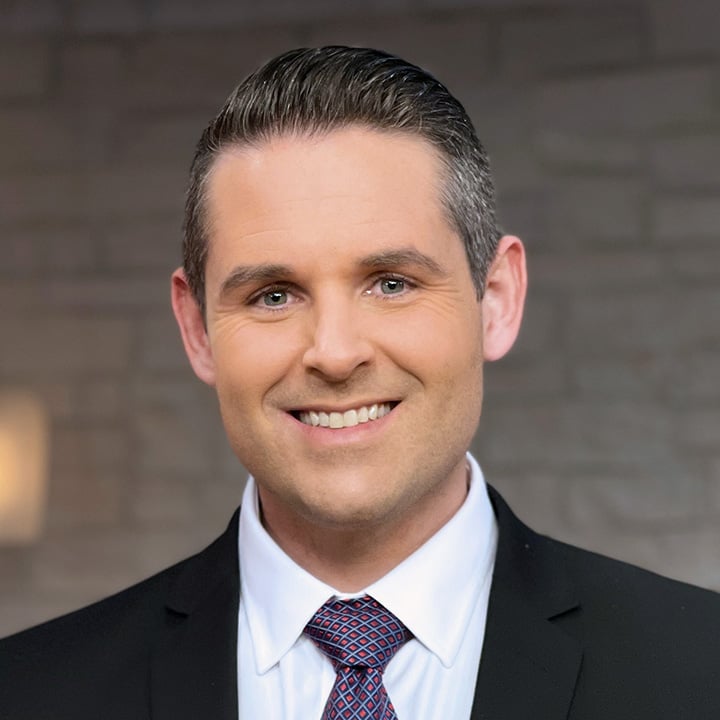 Gary Brode is an Emmy award-winning journalist with more than a decade of anchoring and reporting experience. Gary co-anchors WCCB NEWS @ TEN and reports on top stories in Charlotte.

Gary joins the WCCB Charlotte team after working as an anchor and reporter in Denver, where he was live on the scene for national stories such as the Boulder King Soopers mass shooting and local wildfires.

An Ohio native, Gary graduated with a telecommunications degree from Youngstown State University. He began his career in Minot, North Dakota, uncovering the impacts of the Bakken oil boom, before moving to Champaign, Illinois, to work as a weekend anchor.

Gary then moved south to Fort Myers, Florida. As a morning anchor, Gary covered national stories such as Hurricane Irma and the mass shooting at “Zombicon.” In Boston, he developed a passion for breaking news and won an Emmy for his coverage of a bank robbery in Sommerville, Massachusetts.

Gary is an avid dog lover. Diesel, his 7-year-old Mastiff, has traveled across the country with him. Diesel has hiked the Rocky Mountains, swam in the Gulf of Mexico, and visited many breweries, keeping his owner quite active.

In his free time, Gary is a Strongman competitor, a sports fanatic, and would never say no to an IPA. He is excited to call Charlotte his home.

Cornelius Police issued a statement on Facebook Tuesday afternoon regarding the department's investigation.

Returns, Sales, and Gift Cards Are Reasons Why Christmas Shopping Continues Even After The Holiday

Holiday retail sales spiked 7.5% compared to last year and we shouldn't expect the purchases to slow down just yet. Many shoppers hit the stores on Monday.

The sequel to one of the biggest movie blockbusters of all time in is now in theaters. "Avatar: The Way Of Water" premieres Friday.

Urologist Ranked Most Stressful Job Of 2022; Where Does Your Job Rank?

Many American jobs are taxing, some more than others. That could play a factor in everyday life.

A single mother and her four children lost their home over the weekend. A fire destroyed their house in Cherryville.

According to the arrest warrant, Timothy Smith, 50, of Tega Cay, distributed a digital file that contained video of a 10-year-old girl fully undressing and exposing her genitalia.

A jury has found CMPD Officer Phillip Barker guilty of misdemeanor death by vehicle. Barker was responding to a call when he hit and killed CPCC student James Short with his patrol cruiser.

Closing arguments are expected Tuesday morning in the trial of CMPD Officer Phillip Barker. He's accused of killing a CPCC student, James Short, in 2017 while responding to a call.

A massive effort is underway near Morganton to save nature and allow people to enjoy it. Not long from now, the Oak Hill Community Park will be opening to the public.

Charlotte-Mecklendburg Police Officer, Phillip Barker, was back in court on Friday for day two of his trial.

School Bans Mom From Volunteering After Discovering Her OnlyFans Account