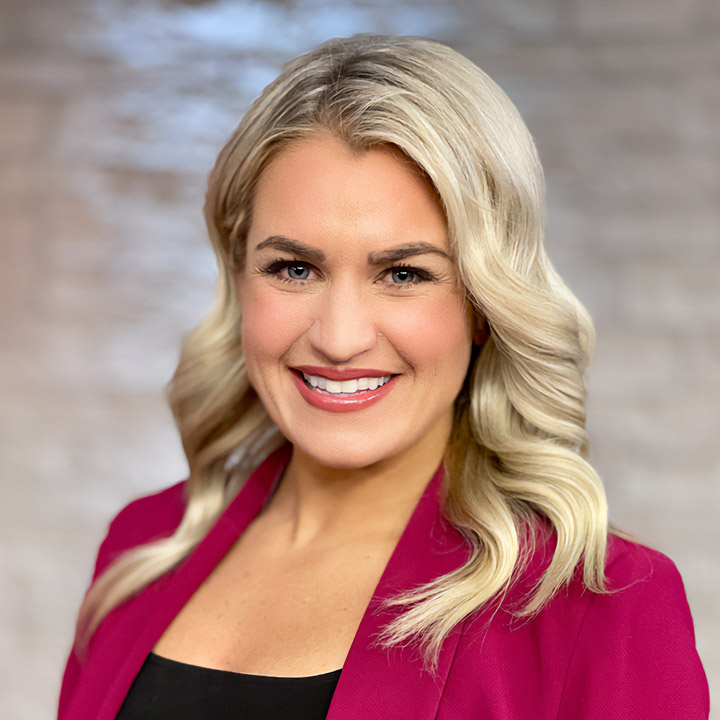 Lauren McDonald is a co-host for WCCB News Rising each weekday morning from 4:30 – 9am.

She joined the WCCB news team in January of 2021.

Lauren has a passion for telling stories, especially those in her community.

Prior to working at WCCB Charlotte‘s CW, Lauren spent four and a half years as a morning feature reporter and lifestyle host at FOX21 News in Colorado Springs.

Lauren‘s highlights in Colorado include exclusive coverage of the annual 9/11 firefighter climb up the Manitou Incline, climbing a 14er on live television and covering local events and businesses across the Pikes Peak Region.

Prior to her time in Colorado, Lauren was a digital host at the Golf Channel in Orlando, Fla.

During her time at Golf Channel, Lauren covered the PGA, European, and LPGA tours, and hosted a number of shows on GolfChannel.com including Golf Channel Fantasy, Callaway Golf: Kings of Distance and Statistically Speaking.

Lauren earned a BA in Mass Communications from Meredith College in 2011.

Recruited by the Meredith College cross country team, she was a student-athlete during her four years at MC.

A North Carolina native, Lauren is thrilled to be back in her home state. When she‘s not on the air, she enjoys walks with her dog, Otie, spending time with family and friends and exploring all that the Queen City has to offer!

Do My Job, News, Rising, Videos

Do My Job: The Queen Charlotte Fair

Time is almost up to visit the Queen Charlotte Fair! Lauren McDonald made her way up to Concord to find out what it takes to work at the fair, and have a little fun herself

The Hercules Tires Big South Tournament is coming down to the wire!

Do My Job: Brewmaster

Rising’s Lauren McDonald is heading to South End for the latest edition of Do My Job, where she is with Lenny Boy Brewing learning what it takes to be a brewmaster. Have any job ideas for Lauren? Message us on social media!

Do My Job: Holiday Caroling

Just in time for the holidays, we are learning what it takes to be a Christmas caroler with the Holiday Singers!

Do My Job: Pure Intentions Coffee

In this week's 'Do My Job', Lauren learns the roasting process at Pure Intentions Coffee.

A Voice That Carries: Social Movement Documentary for Fathers & Daughters

'A Voice that Carries' is an inspiring, real-life documentary to help fathers understand how their influence and relationships with their daughters can cultivate a positive female body image and instill confidence among young women.