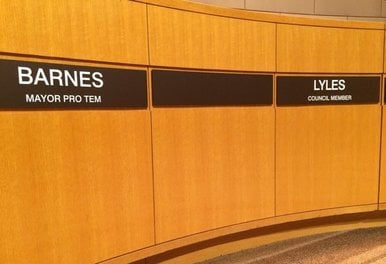 CHARLOTTE, N.C. — During a special meeting tonight to discuss the mayoral vacancy, members of Charlotte City Council voted to select the next mayor at their next meeting at 6 pm on Monday, April 7 at the Charlotte-Mecklenburg Government Center.

“A number of council members have expressed an interest in providing some time between tonight’s legal discussion and any votes,” said Mayor Pro Tem Michael Barnes.  “This is one of the more important decisions that we will make, and each of us needs to have the opportunity to reflect, to talk with potential candidates and to talk with constituents.

North Carolina law requires that any vacancy in a city’s elective office be filled by appointment of its city council.  To be eligible a candidate must be at least 21-years-old, reside within the city’s limits and be a registered member of the same political party as the person being replaced in this case a Democrat.

The person appointed will replace Mayor Patrick Cannon, who resigned on Wednesday, March 26, and will serve the remainder of the unexpired term.