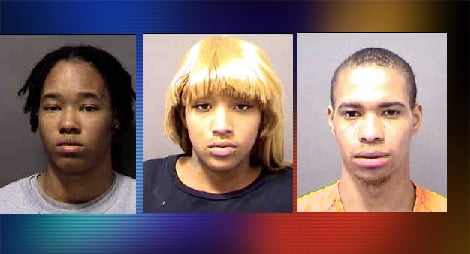 CHARLOTTE, N.C. — Three people have been sentenced to prison for their roles in the 2012 stabbing death of a man who had just graduated from the N.C. School for the Deaf.

On December 21, 2012, authorities say, Turner conspired with Owens and Bryant to rob Shull. They knew Mr. Shull through his girlfriend, and they’d learned that Shull had been paid that day. Aveance Bryant used sign language to persuade Owens to get out of Shull’s truck so Turner could ride with him. Turner handed Shull a note telling him he was being robbed. Turner then stabbed Shull multiple times and left the scene in a waiting car with Bryant and Owens. Shull died at the scene.