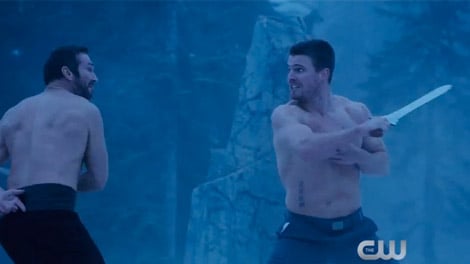 There are some battles you must fight, alone. Don’t miss the mid-season finale of Arrow tonight at 8pm on WCCB, Charlotte’s CW.

Edge On The Clock: Ryan Reynolds Says "Hard Pass" To Street Named After Him

Felicity Huffman Set To Star In New Show: Does She Deserve Career Comeback?