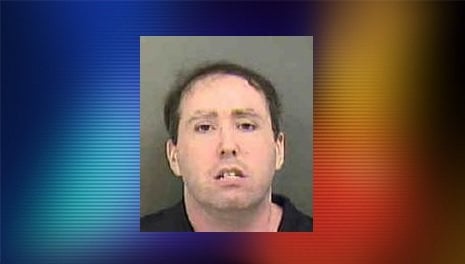 CHARLOTTE, N.C. — A man accused of defrauding passengers at Charlotte Douglas Airport is behind bars. On Tuesday, airport authorities were notified by a passenger that stated he had been defrauded by 39-year-old Michael Borovetz.

Later that day, authorities said they were notified of a suspicious person on one of the concourses. Officers were able to identify the person as Borovetz. Detectives say during an interview, Borovetz admitted to giving false stories to at least five passengers at the airport to get money from them. He told officers that he would tell the passengers that he was in Charlotte for a job interview and his departure flight was canceled due to weather and he needed money for a hotel room. Detectives say Borovetz would request at least $200 from the passengers.

Borovetz’s “airport scams” have been documented and cited on several internet websites including YouTube. He told detectives that he has been taking money from passengers at airports throughout the country for the past 12 years.

He is currently being held at the Mecklenburg County Jail under a $50,000 bond. If anyone believes that they are victim to Mr. Borovetz’s scam, they are asked to call 911.