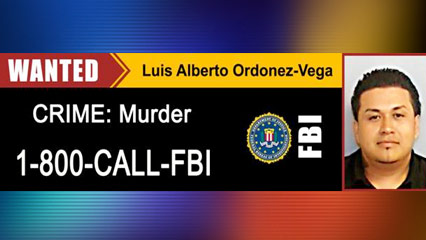 CHARLOTTE, N.C. — CMPD and the FBI have increased their efforts in finding a Charlotte murder suspect.

New billboards will be seen in four states where Ordonez-Vega may be hiding.  The public will see the billboards in North Carolina. Florida, Utah and New York.

Anyone with information on his whereabouts is asked to call 1-800-CALL-FBI.

8PM: Whose Line Is It Anyway? "Jonathan Mangum 9"