Vote On Unused I-485 Lane Pushed to April 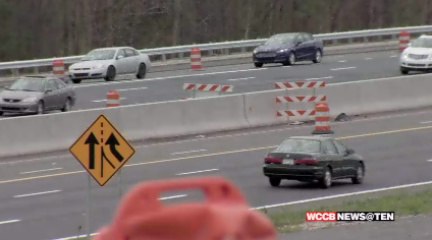 CHARLOTTE, NC — Drivers will have to wait to find out whether unused lanes on I-485 in South Charlotte will remain closed.  A regional transportation planning group pushed Wednesday’s scheduled vote back to April 7, saying too many voting members were absent.

Earlier this month, a city transportation committee recommended against opening the lanes to commuters.  The DOT planes to make them toll lanes by the end of the decade.

“I have no problem if they want to make it a toll road later on,” said South Charlotte resident Jim Barnett.  “But either do it now, and get it done, or open it up as a HOV and then they can still make it a toll later.”

The April 7 vote falls during the week of Spring break for Charlotte Mecklenburg Schools.  The group wanted to wait because a few members were at a town hall day in Raleigh.