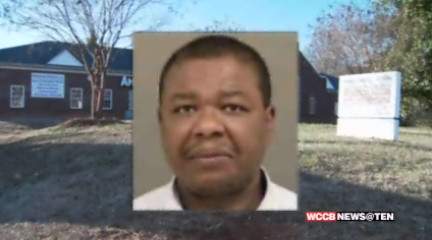 32 new patients claim Dr. Fidelis Edosomwan sexually assulted them while treating them.  In January, two victims came forward reporting that Dr. Edosomwan forcibly fondled them during exams at Americare Clinics on West Sugar Creek Road and Milton Road.  Warrants say the internist exposed his genitals and touched a patient’s breast without her consent.

“Every time I went over there, he tried to touch my breasts, and another thing that was the trigger point was when I went and he made comments about my underwear,” said one victim.

Edosomwan bonded out of jail in January after CMPD charged him with two counts of sexual assault and three counts of sexual battery.  By Thursday, dozens more patients lined up claiming abuse.

“I would imagine that it was just so personal to some that they doubted themselves at the time,” said CMPD Lt. Melanie Peacock.  “until other victims come forward and they see that they weren’t the only ones.”

The medical board suspended his medical license in February and he agreed to stop practicing medicine until the case is closed.  Because of that and because he has never dodged a court date before, the judge allowed him to walk free.