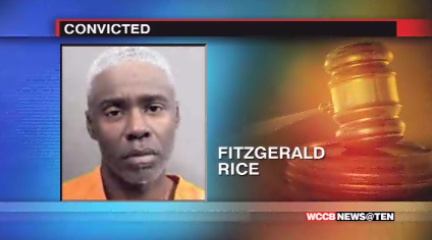 CHARLOTTE, NC — A convicted sex offender will spend at least 70 years in prison for a brutal sex assault in east Charlotte.

A jury convicted Fitzgerald Rice late Wednesday on seven charges, including assault by strangulation.  The jurors could not reach a verdict on a kidnapping charge.

Prosecutors say Rice attacked a woman who had gone back to his east Charlotte apartment with him in 2012.  Three women who say they were also sexually assaulted by Rice over the years testified during the trial.

Rice served prison time for sexually assaulting one of the three other women who testified.  Prosecutors say they want Rice declared a violent habitual felon.