The Edgeitators: Should Police Body Cams Be Federally Mandated? 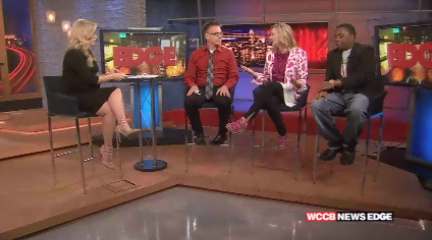 A police officer is charged with murder for killing an unarmed man during a traffic stop.  It’s a controversial subject that has people again talking about officer-involved shootings.

North Charleston Officer Michael Slager is charged with murder.  The charge comes after investigators saw cell phone video of the shooting.  South Carolina investigators are pouring over the video, which shows Officer Slager firing eight shots, hitting Walter Scott in the back five times as he ran away.

Slager says he feared for his life, and that Scott overpowered him and took his Taser.  Slager has since been terminated from the North Charleston Police Department.

Meanwhile, city officials say changes are being made within the Department: 150 additional body cameras have been ordered for police officers.

The White House says body cameras worn by police officers could help build trust between law enforcement officers and the communities they serve.

So what do you think?  Should police body cameras be federally mandated?  Morgan Fogarty and our panel of Edgeitators weigh in…