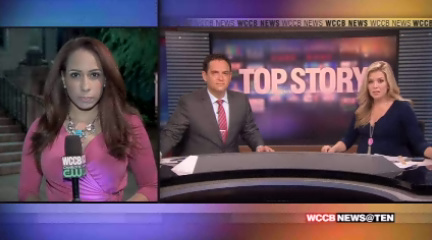 YORK, S.C. — A teenager from York has been sentenced to juvenile prison for possession of a pistol and plotting to join ISIS and kill American soldiers in North Carolina.

Officials say the 16-year-old was sentenced to five years in a juvenile prison on gun charges.

The solicitor who prosecuted the teen says the he used Instagram, text messages and phone calls to scheme with a Muslim militant from Raleigh.

The investigation started in February when York Police received a tip. Officers searched the teen’s home and found an ISIS flag, rifle, pistol and ammunition.

“Their plan was to rob a gun store in North Carolina, take the guns and ammunition that they got from that robbery, and at some point developed a plan to use those guns to attack a military installation and kill soldiers,” said York County Solicitor Kevin Brackett.

Evidence collected by York Police and the Department of Juvenile Justice in a two-month investigation revealed the teen’s next step was to go to Syria and join ISIS–all in retaliation for U.S. airstrikes on ISIS targets in Syria.

“It wasn’t just some fantasy that he was acting out. This was a legitimate and sincere desire and effort on his part to accomplish these things,” said Brackett.

The teen is an American citizen, but he and his family are from Syria.

The U.S. government says its working to step up efforts to counter ISIS online propaganda that’s luring fighters from America. Experts say many are children and teens.