Bank of America Shareholders Vote Not to Split Bank 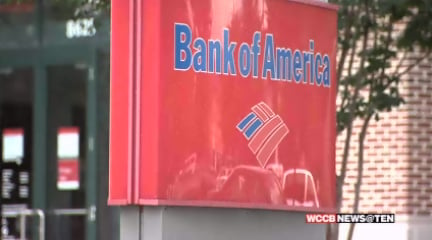 CHARLOTTE, NC — Investors say they’re frustrated with Bank of America’s lack of returns.  Shareholders, though, voted not to ask the Charlotte-based bank to consider a break-up during the company’s annual shareholders meeting Wednesday.

All 13 Board of Director nominees were elected.  Some investors also expressed frustration over CEO Brian Moynihan adding “Chairman” to his title.

“I think we’re getting there, slow but sure,” said Bank of America stockholder Bob Cobbett.  “I’d like it to go a little faster.  I’d like to see more money back this year to holders in the forms of dividends.”

The annual meeting also saw fewer protesters this year, which may have been because it was held at the Marriott Southpark, instead of in Uptown.