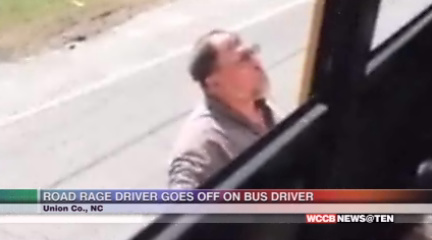 UNION COUNTY, NC — A student on a school bus in Union County recorded a man’s profanity-filled tirade at the bus driver.  The Sheriff’s Office is now trying to identify the man.

Sheriff Eddie Cathey tells WCCB this incident happened Friday on Highway 75 at Potter Road.  A trucker driving behind the bus from Parkwood Middle got angry for some reason.  The school bus driver did not report the encounter, but the Sheriff’s Office started investigating after the video showed up on YouTube.