The Edgeitators: Did the City of Charlotte Convict Wes Kerrick? 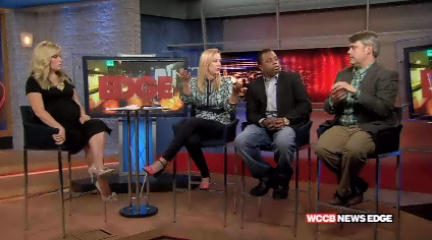 The City of Charlotte reached a $2.25 million settlement in a lawsuit filed by the family of a man shot to death by a police officer in 2013.  City Council unanimously approved the settlement with Jonathan Ferrell’s family.

Ferrell was shot and killed in September of 2013.  He wrecked his car in east Charlotte and went to a nearby house.  The woman inside says Ferrell was trying to force his way in, and she called for help.

When officers arrived, they say Ferrell refused to listen to their orders.  They say Ferrell charged at Officer Kerrick.  Kerrick’s attorneys say Ferrell punched Kerrick in the face and grabbed his gun.  Kerrick shot his gun 12 times, hitting Ferrell 10 times.  Ferrell did not have a weapon.

Kerrick is charged with voluntary manslaughter.  His criminal trial is still nine weeks away.  It starts July 20.

And that brings us to our Question of the Night: Did the City of Charlotte convict Officer Wes Kerrick with the civil settlement payout?  The Edgeitators weigh in…