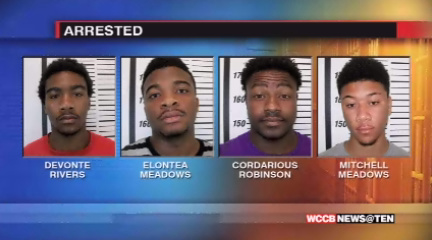 PAGELAND, SC — Four men are in jail, charged in connection to the robbery and shooting of a store clerk in Chesterfield County, South Carolina.

Thanksgiving Recipes with Chef Mara: How to Carve Your Turkey

Quiz: What Thanksgiving Food Are You?