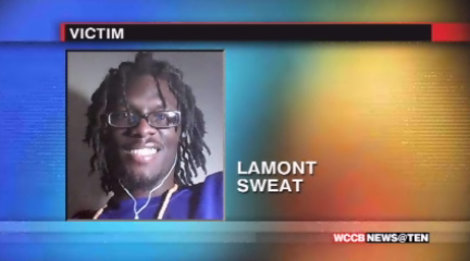 EAST SPENCER, NC — A four-year-old is recovering after being hit by a bullet during a deadly shooting in Rowan County.  Two other young children were also in the line of fire, but were not hurt.

Investigators say someone fired into Lamont Sweat’s car with the children inside.  He tried to drive to the hospital, but crashed on the way and died.

The shooting happened outside Sweat’s apartment on South Long Street.  Police say he made it about two miles to Annandale Avenue in Salisbury.  We talked to one concerned neighbor who did not want to show her face.

“It can kind of shake you up, because as you know, a bullet can travel a long many miles, and like I said, I have an 82-year old mother that lives here and those bullets could have ricocheted and hit anybody,” she said.

If you know anything that can help police find the gunman, call Salisbury-Rowan Crimestoppers at 1-866-639-5245.