The Edgeitators: Should the Boy Scouts Lift Their Ban on Gay Leaders? 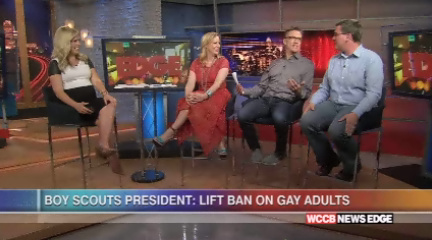 The Boy Scouts of America is being called out by its own leader.  Speaking at an annual meeting in Atlanta Thursday, Robert Gates said the ban on gay scout leaders cannot be sustained.  He went on to say, “We must deal with the world as it is, not as we might wish it to be.”

Gates raised the possibility of changing the national policy soon, allowing local organizations to decide on their own, whether to allow gays as leaders.

So what do you think?  Should the Boy Scouts lift their ban on gay leaders?  The Edgeitators weigh in…