Residents Concerned About Short Cut After Car Flips During Crash 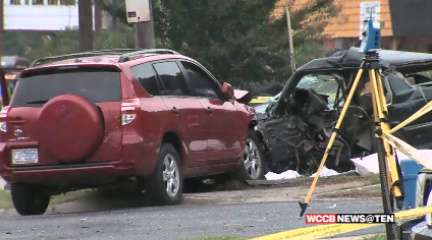 CHARLOTTE, NC — Residents in an east Charlotte neighborhood say they’re concerned about a popular short cut drivers are using to get to Independence Boulevard.

It comes after a crash Friday that caused a car to flip over.  The accident happened on Fugate Avenue.  The road connects Monroe Road with Independence.  Neighbors say drivers often speed through the area to get to the highway.

“We’ve been talking with city leaders about trying to preserve the quality of this single-family neighborhood by perhaps limiting access to Independence,” said east Charlotte resident Jay Wilson.  “It seems like an unsafe thoroughfare sometimes.”

Neighbors say they became concerned after a deadly crash in their neighborhood last September.  Police say a man veered across four lanes on Independence Boulevard and slammed into a stopped car on Fugate Avenue.

A three-year-old boy and his mother died.