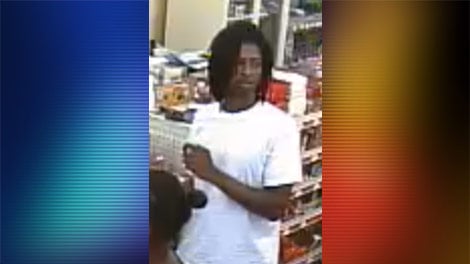 CHARLOTTE, N.C. – The Charlotte-Mecklenburg Police Department have identified and charged Keshawn McCullough, along with two boys, aged 15 and 13, for their involvement in the armed robbery of a Family Dollar.

As a result of the information gathered during the interviews, detectives have identified a fourth suspect and have obtained warrants for their arrest.

Detectives are continuing to seek the public’s assistance in identifying the fifth suspect, pictured in this article.  The suspect is described as a light skinned black male with shoulder length dreads.

Anyone with information concerning this case or the suspect is asked to call Crime Stoppers at 704-334-1600.