The Edgitators: What Does Your Underwear Say About You? 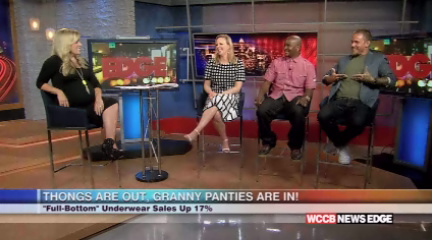 Somewhere in America, Cisco has his panties in a wad, because ladies: that thong just fits so wrong!  That’s right, thongs are being abandoned in favor of full-seated briefs.

According to the research company NPD, sales of thongs decreased seven percent over the last year, while sales of fuller styles like briefs, boys shorts and high-waist briefs have grown a collective 17 percent.

And that brings us to our question of the night: What does your underwear say about you?  The Edgitators weigh in…