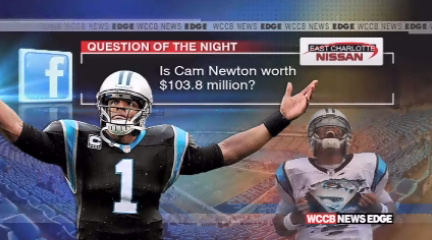 Cam Newton’s future with the Carolina Panthers is no longer in doubt.  Newton agreed to a five-year contract extension with the team, keeping him in town until 2020.  The deal is reportedly worth $103.8 million, making Number One the third highest paid quarterback in football.

And that brings us to our Question of the Night: Is Cam Newton worth $103.8 million?