Edge on Demand: The Duggar Interview 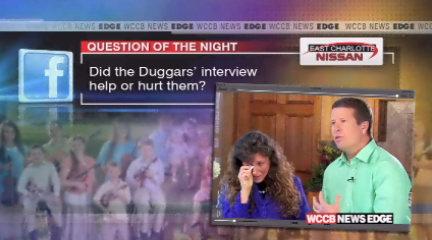 Jill and Jessa Duggar are speaking out in support of their brother, Josh Duggar, who molested both girls when they were children and he was a teen.  Both women say Josh’s actions were wrong, but 22-year-old Jessa is defending him, saying: “I do want to speak up in his defense against people who are calling him a child molester or a pedophile.  That is so overboard and a lie, really.”

Wednesday night, Twitter lit up during the Duggar family interview on the Kelly File on Fox News, with the majority criticizing what the reality stars Jim Bob and Michelle Duggar had to say.

So do you think the Duggars’ interview helped or hurt them?