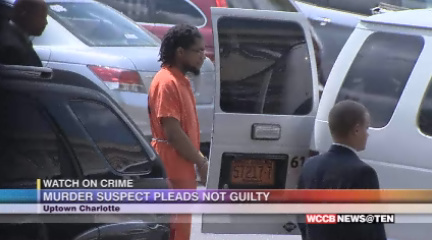 CHARLOTTE, NC — No bond for the suspected triggerman in the gang-related murders of a well-known Lake Wylie couple.

Malcolm Hartley pleaded not guilty in federal court in Uptown Charlotte Thursday.  He faces the death penalty if he’s convicted.  Hartley is one of a dozen suspected members of the Blood Nation gang arrested in connection to the murders of Doug and Debbie London last October.

His attorney wants the charges against Cureton thrown out because of what she calls an illegal search in January.  She claims agents took documents outlining her legal strategy.  According to the affidavits, the FBI seized letters Cureton wrote to other suspected gang members and pictures of a local judge and other local officials.

Click here to read the affidavit and see the mug shots of all 12 suspected gang members.