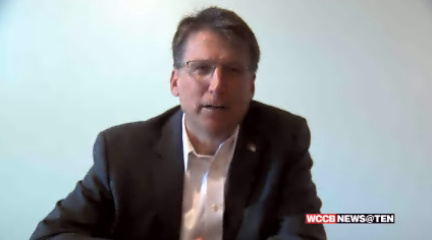 RALEIGH, NC — The fight continues over a measure that would allow magistrates in North Carolina to opt out of performing same-sex marriages because of religious objections.

The House vetoed to override Governor Pat McCrory’s veto of the measure Thursday.  The new law says if magistrates opt out, they cannot issue any marriage licenses for six months.  We asked Governor McCrory about his next move during a tour in Mooresville Friday.

“We’re going to keep fighting for what’s right based on the conservative principles of protecting our Constitution,” he said.

McCrory was in Mooresville to promote the recently expired historic tax credits.  He says the credits are critical for North Carolina’s economic recovery.