No Decision From Judge On Release Of Kerrick Civil Suit Evidence 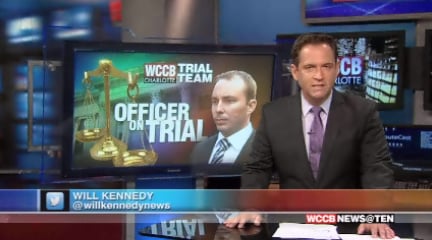 CHARLOTTE, NC — A judge has yet to make a decision on if the public will see depositions from a civil settlement dealing with the fatal shooting of Jonathan Ferrell by CMPD Officer Wes Kerrick.

The prosecution and defense filed a joint motion asking the judge to prohibit their release, saying jury notices have already gone out, and those depositions could contain material that would not be admissible in a criminal trial.

Both sides stressed that details could impede Officer Kerrick’s right to a fair trial, and that the public already knows the amount of the city’s settlement in the civil matter.

“The defendant’s rights to a fair trial, and the state’s right to be able to prosecute in this case, outweighs the public’s interest to know the minute details of the settlement agreement,” said Special Deputy Attorney General Adren Harris.

Officer Kerrick’s criminal trial is set to begin on July 20.  You can count of the WCCB Trial Team for continuing coverage.  Look for updates on air and online.