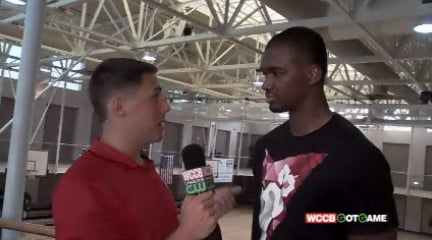 When the Hornets drafted Noah Vonleh Ninth overall in the 2014 NBA Draft, they viewed him as a player with the potential to be a dominant player iin the NBA down the road. Heading into his second season with Charlotte, this offseason is critical for his development.

Earlier this week, Brandon Davidow caught up with the Hornets forward at Ricky Price’s Basketball Summer Camp. Vonleh talked about his growth over his rookie year, his expectations for the Hornets next season, and which player Charlotte should target in next week’s NBA Draft.